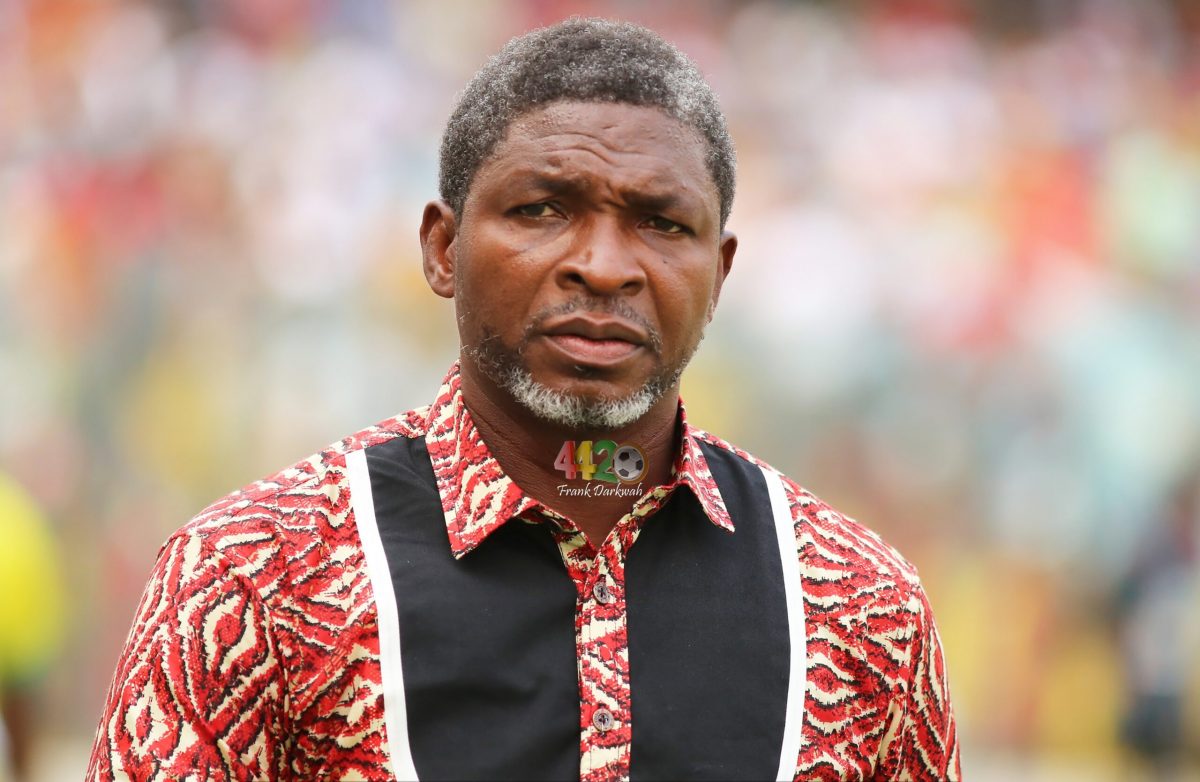 The Coach of Kumasi Asante Kotoko, Maxwell Konadu, has lamented his side’s poor conversion rate in matches which has seen the team struggle to record narrow victories this season.

“It's not easy but we can also agree with our strikers that they are, at least, scoring. Going forward, we need to work much harder to improve on our scoring rate.

Kotoko have failed to score more than a goal in all competitions this season, and  in the Ghana Premier League they have recorded 1-1 stalemates with Techiman Eleven Wonders and Berekum Chelsea followed by a 1-0 win over Legon Cities last Saturday.
Coach Konadu's leading forwards such Ibrahim Osman, Emmanuel Gyamfi and Evans Adomako, among others, have failed to live up to expectation in the Porcupine Warriors set-up with abysmal performances.

Osman's first half strike against Legon Cities at the Accra Stadium last Friday makes him Kotoko's leading goalscorer with two goals in  the domestic campaign so far, with the rest of the team’s forwards  recording a goal for the team.

Despite the relief of recording his first victory in the league, Coach Konadu said he was looking at working on the team’s finishing power ahead of their CAF Champions League first round, first leg clash with Sudan’s Al Hilal Omdurman on December 22-23 on home soil.

He was under no illusion that his side's poor scoring rate was a headache and a responsibility that needed to be addressed quickly if they were to make gains in the league and also make a strong showing in Africa's premier inter-club competition.

He told the media that the top flight league was a tough one, and that his team must be lethal to win it.

“It's is a difficult league and I know that we have to do much better if we want to win it,” Coach Konadu noted.

Similarly, Kotoko managed to score just one goal in the Champions League when they held Mauritania side, FC Nouadhibou, to a 1-1 draw in the preliminary round first leg clash in Nouakchott, with Ibrahim’s goal handing them a vital away advantage before the Mauritanians failed to raise a team for the return leg match in Accra amid the COVID-19 controversy.

Before their second round preliminary continental tie with Al Hilal, Kotoko will play host to Accra Great Olympics in the domestic league with Coach Konadu’s focus on getting his charges to start firing.