Group B: Is the trophy coming ‘home’ to England? 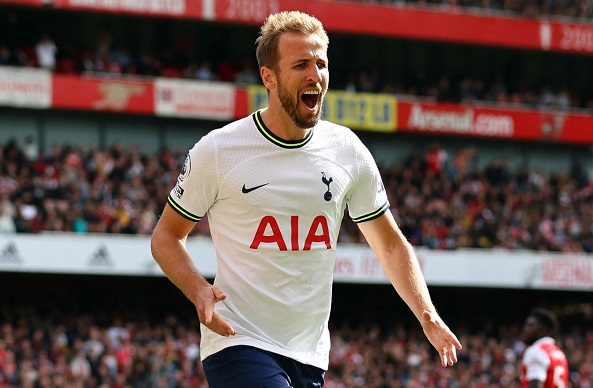 Ever since England won their only FIFA World Cup in 1966 as hosts, several attempts at winning it for the second time has proven futile leaving the entire nation in misery after each tournament.

However, the Three Lions have shown a lot of promise in recent years, considering the depth of talents they possess going into this year’s competition in Qatar, expectations are high again about the potential of Coach Gareth Southgate’s side to break the jinx and honour the memory of the late Queen Elizabeth II who passed on two months ago.

Under Southgate’s leadership, England are showing a lot of promise and many pundits believe the team could just end their long trophy drought and give practical expression to their ‘Football is Coming Home’ mantra.

Yes, the English have always believed in their team and for the upcoming tournament in Qatar, their confidence is even stronger of a successful campaign, particularly as they have been pooled into what looks like a manageable group.

The most experienced side of Group B, England would be making their 16th appearance at the global tournament, while group rivals Wales, Iran and USA share 18 appearances among them. USA will be making their 11th appearance, Iran (sixth appearance) while Gareth Bale-led Wales will be participating in the mundial for the second time since their maiden appearance in 1958.

England will open their account against Iran on November 21 at the Khalifa International Stadium followed by clashes with USA (Nov. 25) and Wales (Nov. 29).


England: Road to Qatar
Having finished in fourth position in the last World Cup in Russia and were runners-up in the Euro 2020, The Three Lions qualified for Qatar 2022 as winners of Group I which comprised Poland, Albania, Hungary, Andorra and San Marino.

Southgate’s side played 10 qualifying games without defeat and recorded their biggest win (10-0) over San Marino.

Players to watch
Southgate will look up to Kane for leadership in a side built around stars such as Phil Foden, Jack Grealish, Mason Mount, Raheem Sterling, Bukayo Saka, Jadon Sancho, and Marcus Rashford, among other top performers in the English Premiership.

USA
USA will be making their 12th appearance at the World Cup aiming to improve upon their last two appearances where they exited at the Round of 16.

As co-host of the 2026 World Cup with Mexico, USA will be aiming to build on the success of the upcoming competition even though they can pull off a surprise in Qatar.

Road to Qatar
USA booked their tickets to Qatar ahead of Costa Rica despite losing 2-0 to the Central American country in the final game of the CONCACAF qualifiers.

The Americans finished third in the group with the same points (25) as Costa Rica but on better goal aggregate to pick one of the confederation’s three automatic slots, alongside Canada and Mexico.

Coach Gregg Berhalter will aim to qualify out of the group and finish in a respectable position.

Iran
Iran made their debut at the 1978 tournament in Argentina and based on their past record, not much will be expected of them as they have never gone past the first round.
In their five previous participations in the World Cup, the Iranians have won just two matches -- against USA in 1998 and Morocco in 2018. Coming up against USA again in the same group will be an opportunity to search for their third win in the World Cup.

Road to Qatar
Under the guidance of the respected Portuguese coach, Carlos Queiroz, the Iranians became the first team to qualify from the Asian zone for their third straight World Cup appearance.

They beat Iraq 1-0 on the final day of the qualifying competition in a group which included Korea Republic, UAE, Lebanon and Syria.

Coach Carlos Queiroz, a former coach of Portugal, Colombia and Egypt, leads ‘Team Melli’ to the World Cup for the third time running and will be looking to get out of a difficult group.

Without the luxury of big name players, the coach will expect some inspiring play from Ali Gholizadeh of Belgian side Charleroi, Alireza Jahanbakhsh of Feyenoord, Ali Karimi of Keyserispor, Bayer Leverkusen’s Sardar Azmoun, Saman Ghoddos of Brentford, among others with experience in Europe.

Wales
Just like Iran, Wales are not considered as one of the heavyweights in the group but will be aiming to go past the group phase despite making their second appearance in the competition.

The Dragons first participated in the World Cup in 1958 in Sweden where they reached the quarter-finals before losing 0-1 to Brazil.

Road to Qatar
Experienced midfielder Gareth Bale ended the Dragons’ 64 year World Cup wait when he scored against Ukraine in their play-off to become the last country to qualify for the competition.

Players to watch
Coach Rob Page will rely on his talisman Gareth Bale, Ethan Ampadu, Neco Williams, Daniel James, Rabbi Matondo, and Tyler Roberts for a respectable performance where they will aim to qualify alongside England.