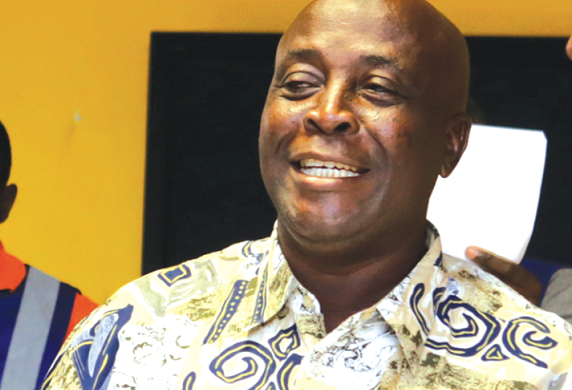 AN Executive Member of the Ghana Boxing Authority (GBA), Alhaji Muritella Tofik, has revealed that his outfit wrote to the Russia High Commission in Ghana and the Russian Boxing Federation in Moscow to prevent banned heavyweight boxer, Richard Harrison, from fighting Russian Abdulkerim Edilov at Grozny in Russia on November 3.

He condemned the behaviour of Harrison, who in 2020 was banned for five years for forgery and gross disrespect, after his loss to Fabio Wardley in London in November last year.

Lartey (14-4, 11 KOs) last month issued an unqualified apology to the GBA and appealed for his ban to be lifted to enable him eke out a living and also fend for his family.

However, barely a month after the GBA’s failure to respond to his plea, Harrison unconventionally announced his fight with Edilov in Russia.
“Such unruly behaviour and disrespect for the authority won’t be tolerated,” an upset Alhaji Tofik told the Graphic Sports in an exclusive telephone conversation in Accra last week.

Alhaji Tofik, who is also a boxing promoter, manager, match-maker and trainer, stated that the authority would put its feet down to stop all forms of indiscipline in the sport.
“Look at the behaviour of Alex Ntiamoah Boakye, I think the GH¢5,000 fine serves him right and this must be a lesson to all,” he warned.

Mr Ntiamoah Boakye was slapped with the fine after leading thugs to assault GBA executives at a boxing night at the La Palm Royal Hotel on October 16.
According to Alhaji Tofik, although the punishment could have been severer, he believed that as a first-time offender that punitive measure was enough to forestall such indiscipline and disrespect to the authority.

He called on boxers and boxing promoters to make discipline their watchword and work tirelessly to respect the authority and also obey its rules.