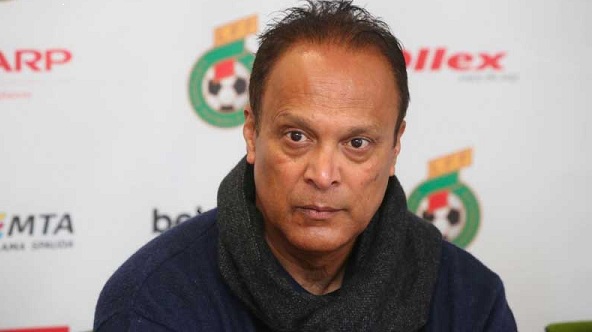 A former captain of Asante Kotoko, Yussif Chibsah, says former Black Stars coach Mariano Barreto has the competence and experience to turn around the fortunes of the club but has questioned the wisdom in appointing the Portuguese as the club's head coach just a week to the commencement of the second round of the Ghana Premier League.

The retired footballer, who featured for Kotoko between 2003 and 2006, told the Graphic Sports last Friday that the timing of Barreto's arrival was wrong and should have been taken much earlier to enable him to  know the players he would manage and for his charges to get used to their new trainer and his approach to the game.

''Remember the league is starting in about a week's time, do you really think Barreto will be able to do any changes within a week? Naturally, it doesn’t add up. Why don’t you wait to bring him at the beginning of the season so he has, at least, three months for pre-season to prepare the team the way he wants it?" he queried.

Barreto returned to Ghana football last Friday as the club's head coach and brought along two compatriots to work in a restructured technical department.

He became the 10th coach to take charge of the Porcupine Warriors since the club parted ways with Michael Osei in 2015, and the 15th trainer in the last decade.

Barreto, who abandoned his job as Black Stars midway into the 2006 FIFA World Cup qualifiers only to take up a new appointment with Portuguese topflight side Maritomo, becomes the seventh expatriate to coach the Porcupine Warriors since 2007, after Kjetil Zachariassen, Steven Pollack, Zdravko Lugarusic, Bogdan Korak, Maurice Cooreman and Talat Uzum.

For Chibsah, the high attrition rate of coaches at Kotoko was not a healthy development for progress because it always distorted the teambuilding process.

While blaming his former club for being impatient with coaches, Chibsah, however, stated that the Portuguese coach was a good choice for Kotoko based on the experience he would bring to the job and the high standard he often demanded of his players.

''But then again, you have to judge him by his performance and I also have a few concerns about the timing because he didn't take the players through pre-season, he came half way into the season so you cannot blame him for the current state of the players. He hasn’t got time to put them in shape if they are not in shape for his standard," said Chibsah, who worked under Barreto as captain of Ghana's Olympic team in 2004.

He was unhappy with the consistent reshuffling of coaches by the club and believed coaches must be given adequate time to build the team, since impact of coaches may only be noticed after some time as teambuilding was a process which required much longer period to accomplish.

He believed the Kotoko management could have been patient and calculated with the time of appointing the new coach instead of rushing to bring one midway into the season.