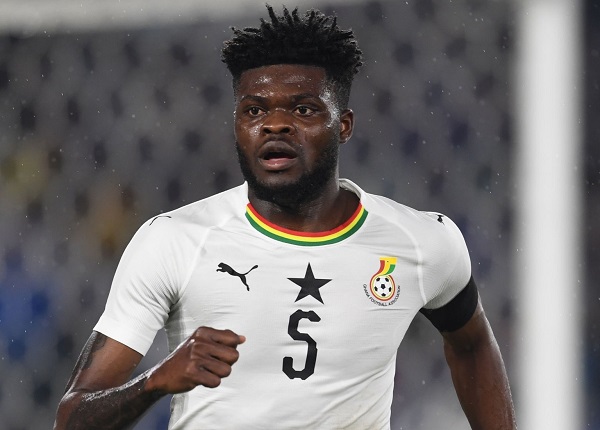 Black Stars midfielder, Thomas Partey, and Coach Otto Addo have played down a revenge mission when Ghana and Uruguay clash in a crucial final Group H fixture at Al Wakrah at 3 p.m. today.

However, they are both aware that the Black Stars have old scores to settle at the Al Janoub Stadium and are firm in their conviction that the team will come well prepared to face a tough opponent desperate for survival in the competition.

There may be vital points up for grabs, but for many Ghanaians, this is no ordinary match. Its significance transcends battle for a ticket to the next round of the FIFA World Cup alongside group leaders Portugal, but has pride at stake, a fine opportunity to assuage a 12-year-old pain and also rectify an injustice.

Yesterday, Coach Addo led his players through their final drills for, perhaps, the most anticipated fixture Ghanaians have looked forward to, promising they would do whatever was necessary to defeat the Uruguayans who need nothing short of a win to avoid a first round exit.

The Ghanaian gaffer said he and his players were aware that Uruguay’s survival depended on a win so they would come attacking, but Ghana had prepared for a potentially explosive contest with an experienced opponent with world-class players.

“Uruguay have to win at all cost, we expect them to try to dictate the pace, but we have to be solid and exploit the gaps they would leave as they attempt to score.

“It’s going to be a close and tight match, but we must challenge them physically and mentally and impose our style of play because we want to win this game no matter what it takes,” assured the Ghana coach at yesterday's pre-match press conference.

After recording a nail-biting 3-2 win over South Korea last Tuesday, Otto Addo said they had analysed the match and made the necessary corrections and expect to avoid costly slips in defence which enabled the Koreans to fight back from a two-goal deficit to force Ghana to dig deep before Mohammed Kudus scored the winning goal at the Education City Stadium.

To defeat Uruguay, midfielder Partey emphasised the need for every player to be at his best, work hard throughout the game and stick to the coach’s game plan.

“It’s a game we want to show what we’re capable of by dominating and working together as a group.

“We respect Uruguay because they have good players, we know what they can do and where they can hurt us, that’s why we have to be at our best and play to instruction,” said Partey, who is expected to make his 45th appearance for Ghana and on whom a lot of influence is expected in midfield in partnership with Salis Abdul Samed to battle star players such as Rodrigo Bentacur of Tottenham Hotspur and Real Madrid’s Frederico Valverde, who form the engine room of the South American side.

Coach Addo acknowledged that beyond the midfield battle, his side must be compact in defence and avoid errors that could be exploited by Uruguay’s experienced strikers, Luis Suarez and Edinson Cavani, as well as Liverpool star, Darwin Nunez, who together have scored 129 goals for ‘La Celeste’.

Concerned that his side has leaked as many goals as they have scored in two matches, the Ghana coach expects his side to avoid getting punished by the Uruguayan forwards, especially Valverde, who is noted for scoring with long range shots when given room to operate.

And for Uruguay captain Suarez, he is looking for another opportunity to cause Ghana pain. It is exactly 149 months since Ghana blew away an injury time spot kick that could have landed the Black Stars in the penultimate round of the 2010 FIFA World Cup, following a dramatic quarter-final match with the South Americans in Johannesburg’s Soccer City stadium. More than a decade later, the controversial forward – loathed by Ghanaians for deliberately using his hands to scoop Dominic Adiyiah’s goal-bound header – feels no remorse for celebrating his unsportsmanlike act.

The 35-year-old Club Nacional star said yesterday that he would not apologise for his handball incident, insisting that there was misplaced animosity and outrage towards him because he played no role in the missed penalty kick by Asamoah Gyan in the final minute of extra time in that drama-filled clash.

Uruguay went on to win the tie-breaking penalty shootout 4-1 when the match ended 1-1 after extra time.

"I could apologise if I injured a player with a tackle and got a red card, but in this situation I take a red card and the referee says penalty.

"It's not my fault, I didn't miss the penalty. The player who missed the penalty said he would do the same [as I did] in that situation. It's not my responsibility in this situation",” he explained at a press conference yesterday."

Uruguay are yet to score in Qatar, but if they beat Ghana, they will still make it through to the Round of 16 unless Korea Republic also win and maintain their superior goal difference.

The Black Stars have qualified for the knockout phase in two of their previous three FIFA World Cup appearances, and will be aiming to win two successive World Cup matches for the first time since 2006.