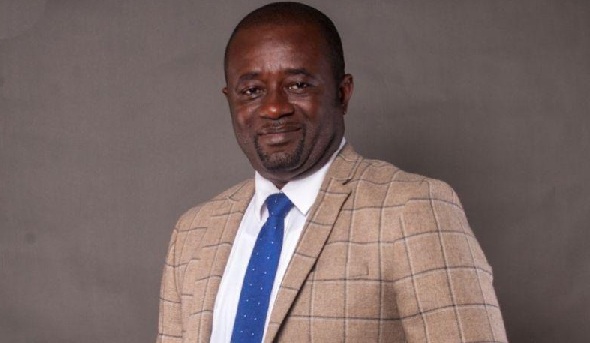 The fate of Black Stars coach, Charles Akonnor, will be decided by the Executive Council (ExCo) of the Ghana Football Association (GFA) at a crunch emergency meeting today.

All attention will be focused on the outcome of this all-mportant meeting by the 12-member council as they deliberate on a detailed report from the Black Stars Management Committee on the way forward.

The chairman of the Stars committee, Mr George Amoako, told the Graphic Sports in an exclusive interaction last Friday that a detailed report on the current state of the team and the necessary recommendations would be submitted to the ExCo today for its consideration.

According to Mr Amoako, who doubles as a GFA ExCo member, his committee had had a series of meetings since the team's return from South Africa last Tuesday and put together a comprehensive report for the perusal of the ExCo members today.

"We have had several Zoom meetings since returning from South Africa and have put together our report which will be submitted to the Executive Council on Monday (today)," the veteran football administrator revealed.

He said the management committee members saw the need to treat the Stars' poor showing as a matter of urgency and find immediate solutions before the next round of matches against Zimbabwe next month.

But he declined to give any details in the report, insisting that it would be premature to do so.

"It will be premature to give any details of our recommendations now before we submit it to the GFA Executive Council on Monday," he explained.

He stressed that the committee had done a thorough diagnosis of the issues affecting the Stars' performance and was hopeful that whatever decision the ExCo came out with would be in the supreme interest of the nation.

The GFA top hierarchy and Coach Akonnor have come under intense criticism in the past week following the Stars' uninspiring performances against Ethiopia and South Africa in a recent Qatar 2022 FIFA World Cup double-header.

While the Stars struggled to register a slim 1-0 victory over Ethiopia at the Cape Coast Stadium on September 3, courtesy a gifted goal by the visitors goalkeeper, they succumbed 0-1 to South Africa at the FNB Stadium in Johannesburg on September 6, stirring a heated debate among Ghanaians over Coach Akonnor's future.

However, ExCo member, Randy Abbey, has calmed the nerves of Ghanaians as he believes the Stars situation is not something that should cause panic among Ghanaians.

"It's not a panic situation. We have just played two matches in the qualifiers," the veteran football administrator explained.

Meanwhile, some top officials of the government have thrown their weight behind Coach Akonnor and cautioned the GFA not to touch him since President Akufo-Addo was still opposed to the appointment of a foreign coach for the Black Stars.