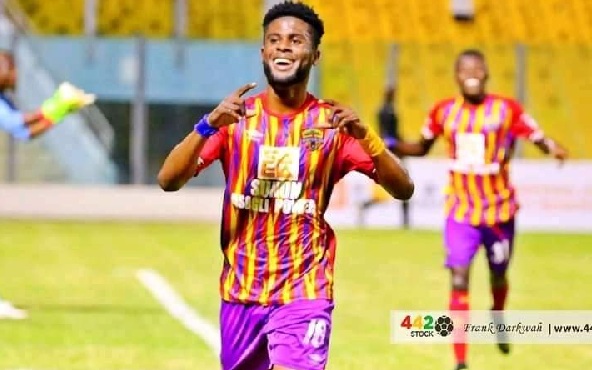 For the first time in over a decade Accra Hearts of Oak will be returning to continental competition when they open their CAF Champions League campaign against Guinean side, CI Kamsar, at the Accra Stadium on Sunday.

The last time the Phobians made an appearance at this stage was in 2008 when they were eliminated at the preliminary stage by FC 105 Libreville of Gabon.

Eight years earlier, they had an impressive run in the campaign where they dominated the continent to win their first continental trophy. At that time Hearts conquered all they surveyed on the domestic and continental scene during the successful tenure of the late Coach Cecil Jones Attuquayefio.

Two decades on, Hearts return to Africa with an aim to recapture their lost glory but must first take care of the Guinean champions in the one-match fixture to qualify for the first round of Africa's premier club competition.

After a whirlwind domestic run last season, Coach Samuel Boadu has an arduous task of translating their fine run into continental success for a club starved of glory in CAF competitions.

Coach Boadu goes into his first assignment with a lot of expectation from the Hearts faithful after masterminding their Ghana Premier Leaguer and MTN FA Cup success. And while he may not have experienced stars such as Ishmael Addo, Charles Taylor and Emmanuel Osei Kuffour who were instrumental in Hearts' Champions League and African Super Cup success stories two decades ago, the current Hearts side have very talented players such as Daniel Afriyie Barnieh, Fatawu Mohammed, Salifu Ibrahim, Patrick Razak, Kwadwo Obeng Jnr and new recruit Gladson Awako who has experience in continental competitions after winning the Champions League with TP Mazembe.

CI Kamsar, who were denied the chance to host the first leg clash last Sunday due to the political instability in Guinea, will be expected to put up a fight and go for broke, as the winner of Sunday's clash automatically qualifies for the next stage.

While Hearts forward Razak knows a thing or two about their opponents, having previously played for AS Horoya of Guinea, Kamsar are expected to field former Asante Kotoko captain, Amos Frimpong, who has a lot of experience against the Phobians. The Guineans also have in their ranks two other Ghanaian players, Antwi Martin and Sampson Eduku.

Hearts have enjoyed an amazing run of form at home and on the back of the current feel-good factor and confidence among the playing body, the stakes are so high for Coach Boadu and his charges not to drop their guards and stumble at the first hurdle of their continental campaign.