Fish: The sportsmaster that Ghana never had 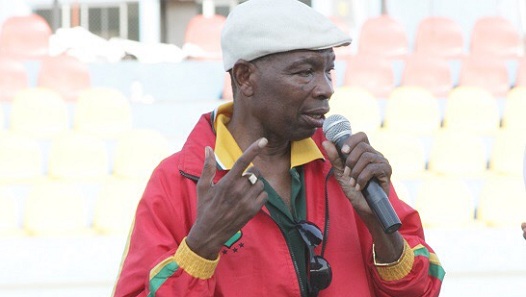 “Whatever your life's work is, do it well. A man should do his job so well that the living, the dead and the unborn could do it no better.” Martin Luther King.

Things are a bit hazy. But I could recall I met the late Daniel Saka Acquaye when I started my national service at the Graphic Communications Group Limited a decade plus one ago. He was then the Regional Sports Development Officer(RSDO)–designation now Regional Sports Director– for Greater Accra.

I had arranged to interview him on Greater Accra’s sports development. The passion and energy with which the late Saka Acquaye exhibited in his delivery  on how sports can be used as a tool for national development and as a major source of employment for the youth was second to none.

We became close friends afterwards and it was through him, that what we call in Ghana here as the least financed sporting disciplines became endeared to my heart. In fact, he schooled me on what sports meant in the country relative to the 36 sporting disciplines we have in Ghana minus football.

Hitherto as a  young JHS graduate and venturing into SHS, I had only known football as Ghana’s only sporting discipline which the nation accounts for. Athletics was something I watched at JHS during Inter-co and played table tennis.

The two disciplines I thought was only for fun and pleasure–to some extent exercise. But Mr Acquaye indoctrinated me on what was then ‘deified’ as lesser-known sports and later became least financed sporting disciplines.

During his tenure as the sports director of Greater Accra he was the central figure in the organisation of the Unity Games which was staged at the University of Ghana, Legon, during the leadership of the late Professor John Evans Atta-Mills. He was also pivotal in the organisation of regional sports festivals.

Mr Acquaye was transferred to the Ashanti Region by the then National Sports Authority Director General, Worlanyo Agra, after a spat with the then Greater Accra Regional Minister, Nii Armah Ashietey.

In that region he distinguished himself by the rapid development and construction  of handball, volleyball, basketball, swimming pool facilties in and around the Baba Yara Sports Stadium.

He was instrumental in reviving colts football in the region and established a handball and volleyball league system in the region. He also championed the cross-country competitions and other athletics programmes in the region.

He rehabilitated dilapidated sporting infrastructure at the Baba Yara Stadium, constructed new sporting play grounds and introduced many youth to the game.
His record at the Ashanti Region prompted his bosses in Greater Accra to recall him back as Deputy Director General in charge of technical duties. A post he performed creditably well.

A little blip in the twilight of his cherished career nearly marred three decades of dedicated service to sports development in the country. But the late Acquaye weathered the storm and came back stronger.

Saka Acquaye may be known in sporting circles for everything with regard to sports, however, his dedication to identifying sporting talents, growing the discipline from the rudiments, nurturing talents for the national cause would be the cynosure that Ghana will forever live to admire.

Mr Acquaye worked soo hard to the detriment of his health, children and family. At one instance I visited him at home and met his absence. He was on a sports assignment and upon arriving at the house he directed that we go to another sports programme and when his young son informed him that his lunch was ready, he virtually snubbed it and asked that we proceeded to the venue.

The late Saka Acquaye believed in using the media as an important tool to promote and develop sports in the country. He respected journalists, offered them both financial and logistical support, gave some accommodation in his house, offered a ride in his official vehicle to many media practitioners and treated members of the fourth estate of the realm as tin gods.

He treated all sports men and women equally and never shied away from espousing his views on sports and how best sports could we made to help the cause of the country in its developmental agenda.
He lamented the abandonment of sports by successive politicians and governments. He never dabbled in politics. His politics was sports. His creed was sports. His breath was sports. Ghana never cherished him.

He was always relegated to the background. Scorned, rejected and humiliated by various politicians and successive governments. Even when all the good policies on developing the least financed sporting disciplines were formulated by him.

The late Saka Acquaye was never listened to. He was never paid attention to. He never complained publicly or shamed any politician or government official. He was always obedient and respectful towards his bosses and obeyed their instructions.

His nickname, Fish, is reminiscent of his great exploits as a swimmer and he still holds many national records in swimming. His peers called him ‘fish’ because he swam like a fish , even more than a fish in competitions. He was an ardent swimmer.

Too often belated social consciences arise  in nostalgic feeling about the demise of a great man. Saka Acquaye was that great man Ghana never had. To that end, Martin Luther King’s sermon hold sway.

“Whatever your life's work is, do it well. A man should do his job so well that the living, the dead and the unborn could do it no better.” Martin Luther King.
Die well Fishey!!!!!!