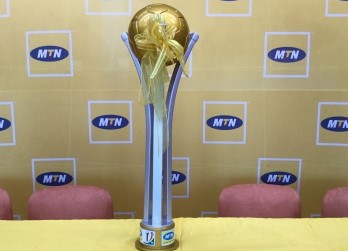 It’s been well over a decade since MTN stepped in to rescue the FA Cup competition which until the 2010/11 football season had remained moribund on the calendar of the Ghana Football Association (GFA).

Sincerely, the telecommunication company’s intervention to save the competition deserves tons of commendation having kept faith with the brand in the face of turbulent times when potential sponsors were reluctant to be associated with the competition.

Until it was revived, many companies had turned a blind eye to calls from the FA to assist resuscitate the FA Cup for obvious reasons. But the timely intervention of MTN to annually pump about GH₵1.1m, at a time the tournament looked unattractive, speaks volumes of their commitment to saving it from complete obliteration.

In fact, all over the world, the FA Cup competition is considered an important feature on the footballing calendar of any football association and has survived on the heels of sponsorship from major companies.

For instance, in England where the competition has been honoured annually since its inception in 1871, financial sponsorship is what has managed to sustain it all this while except for the World War I and II when the game was shelved.

It is said that today, the backbone of the English FA Cup is mainly due to the financial support they receive from various companies over the years including Littlewoods, AXA, E.ON and Budweiser.

The current sponsor of the English FA Cup, Emirates, is said to have injected £10m a year into the competition and this has been the major driver of the game, taking excitement in the competition to a different level.

Similarly, in Ghana, the excitement has been limitless since the intervention of the new sponsors, particularly in this year’s competition. Even though the COVID-19 pandemic has limited the total number of fans that ideally would have loved to watch the game from the stands, it has not overshadowed the massive interest among fans.

Each game is keenly monitored by fans who do not get the opportunity to be at the stadium to support their teams and for the few lucky ones in the stands, the disappointment on their faces look so telling when their favourite clubs are booted out.

The excitement begun right from when this year’s competition was launch in May when 110 local teams consisting of 48 Division One clubs, 44 Division Two clubs and the 18 premier league clubs were expected to pit their strength against one another.

Not only was the excitement revolved around just the GH¢80,000 cash prize and the idea that affords the winner a place in the CAF Confederation Cup competition, but more important an opportunity for the lower division teams to play against top flight clubs which often results in upsets.

One of such clubs that previously cause a major upset was during the 2011 competition when Nania FC came from a lower division side to called the bluff of giant clubs including Asante Kotoko whom they defeated 1-0 in the final to win the season.

Since then, the lower division clubs have only flatter to deceive, failing to make any serious impression at the competition despite the high expectations from their followers.

Same can be said about this season’s competition which could not see any of the minnows progressing to the final. That notwithstanding, lower tier sides such as Kintampo Top Talents FC and Attram De-Visser Soccer Academy deserves special mention for making it to the quarter finals.

Nevertheless, they would be thankful to the headline sponsor, MTN, for making it possible for them to have a feel of how premiership football would be like when they gain promotion to the elite league, likewise fans in the remote areas of the country getting the opportunity to watch live, players they only get to see on television.

More important, the competition has also afforded some of the Premier League clubs the opportunity to spot talents from the lower tier clubs to bolster their squad ahead of the coming season.