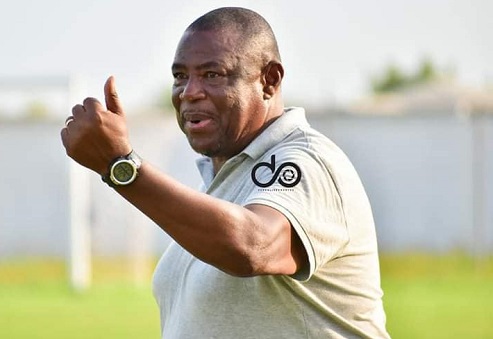 Handlers of Ghana’s Black Starlets have relocated the team to the Western Region to prevent the heavy influence and invasion of the team by player managers and club owners.

The team was based in Prampram but had to relocate due to the frequent visitation of player managers trying to induce handlers of the national juvenile side to get their players into the team.

Sources close to the team hinted the Graphic Sports in an interview yesterday that the decision to relocate the team to Samreboi was to escape pressure and disturbances from player managers and club owners wanting to see their players in the national Under-17 team at all cost.

Coach Paa Kwesi Fabin, who returned to the team after Maxwell Konadu was elevated as assistant coach of the Black Stars, is said to be continuing from where his predecessor left by training the talents that have been identified so far to raise a team.

According to the source, a list of 34 players who were currently in camp are due to be pruned down today and those who could not make the cut would be asked to leave the camp for the next batch to report.

“The team is now at Samreboi because the managers of players were worrying the handlers too much and so they wanted a quiet place to enable them to concentrate and do the job”, the source noted.

Coach Fabin has a November deadline to present his team to the Ghana Football Association (GFA) ahead of their international competitions next year.

They are expected to spend three weeks in the Western Region and the source noted that the next batch would train for a week to allow the coach access and select the best after which the final batch would also report for training and subsequent selection.

The source explained that the players who would make the final list would be brought to Accra where they would engage in a series of friendly games for the coach to further reduce them to the required number.