2020 sporting year in retrospect: Not an eventful time for boxing 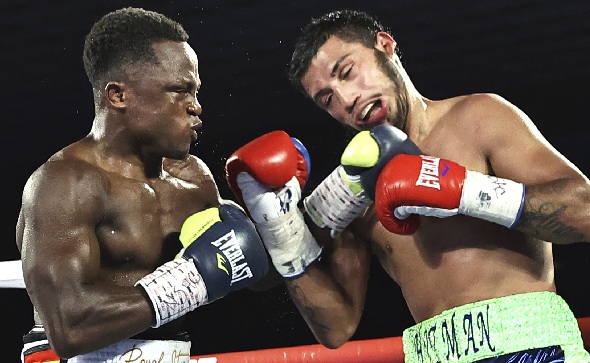 Boxing failed to meet its expectation in 2020 mainly due to the outbreak of COVID-19 in Ghana and across the world, which decimated the world's sporting calendar and led to the suspension of sporting activities in the country, as part of the government's ban on social gatherings.

The sport began the year on a bright note with a Bukom Fist of Fury promotion on January 31 which saw Wasiru ‘Gyatabi’ Mohammed headline the bill with a title defence against Benin’s John Amuzu. Mohammed recorded a fourth round knockout victory to retain his WBO Global super-bantamweight title.

On March 7, there was another show by the Box Office Sports Promotion to mark Ghana's Independence Day celebrations. It had Felix Ajom dropping veteran Abdul Malik Jabir twice en route to a fifth round technical knockout (TKO) victory.

A week later, the government placed a ban on all sporting activities to prevent the spread of COVID-19 in the country, a suspension which had a negative toll on so many fighters who were hitherto hoping to be very competitive in a bid to land national, continental and world title shots. Boxers such as former International Boxing Federation (IBF) bantamweight titlist, Joseph ‘King Kong’ Agbeko, Mohammed, Jessie Manyo Plange and Isaac Sackey, who were highly rated by the four main world sanctioning bodies, were affected by the effect of the pandemic on world boxing calendar.

However, Agbeko and Plange managed to return to action when the ban on sports was lifted as they won their fights in December last year. Plange’s two victories in the year pushed him into the top two rating of the World Boxing Association (WBA). It earned him a shot at one of the WBA bantamweight title with an opponent expected to be named for the 32-year-old in the coming months.

It was a bad year for former IBF lightweight titlist, Richard Commey, who failed to fight the whole year due to effects of the pandemic.

Commey was on vacation in Ghana when the COVID-19 outbreak occurred and resulted in the closure of Ghana's borders to international flights last March, as a result of which the boxer was unable to return to his New York base to prepare for his return following the loss of his title the previous year to America’s Teofimo Lopez.

The biggest fight for a Ghanaian pugilist took place in September last year when international sports was returning after many months' break, with Duke Micah making an unsuccessful challenge for John Riel Casimero's World Boxing Organisation bantamweight crown. Micah failed to live up to expectation and was stopped in two rounds in what was expected to be the 29 year old's career-defining moment.

On the other hand, Isaac ‘Royal Storm’ Dogboe and Emmanuel ‘Gameboy’ Tagoe made long-awaited return to the ring with emphatic wins in July and November respectively. While Dogboe battered Chris Avalos in eight rounds during a featherweight bout at the MGM Grand Conference Centre in Las Vegas, Nevada, Tagoe scored a majority decision victory over Mason Menard in their 10-round lightweight clash at the Seminole Hard Rock Hotel and Casino in Hollywood, Florida.

Despite not meeting expectation, Plange’s achievement in the year under review, for example, gives hope for Ghana boxing this year, especially as the likes of Commey, Dogboe, Wasiru and Tagoe are expected to make giant strides in the sport.