My doors are open to young boxers - Prof. Azumah 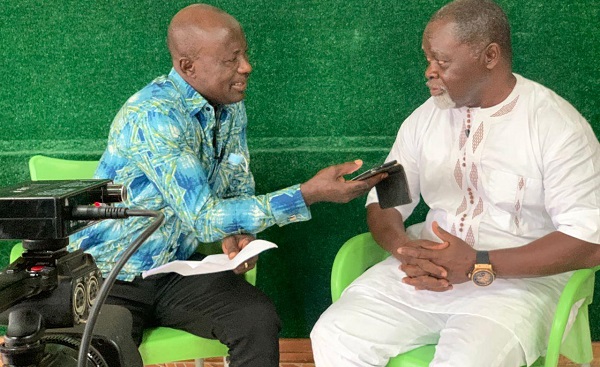 Ghana’s boxing legend, ‘Professor’ Azumah Nelson, has described himself as a grandfather who is ready to offer his expertise, techniques and strategies to young boxers who are eager to learn the art and rise to greatness.

Speaking in an exclusive interview with Daily Graphic on how he could be of help to the present generation of boxers, the evergreen Nelson noted: “I am ever ready to offer my services to the young ones who are eager to rise to greater heights.

“This is because as a grandfather in boxing with a lot of experience, the young ones who want to be great in boxing and maintain their titles for long should come to me to be schooled in the art of boxing,” the former world champion said while beaming with smiles.

“I will be prepared to teach them the techniques in boxing, how to train hard and maintain self-discipline in their career and remain focused to realise their goals in the future,” he revealed.

While expressing concern about the failure of the present generation of boxers to keep their belts for long, Azumah, who was inducted into the International Boxing Hall of Fame in 2004 for distinguishing himself as one of the best pound for pound boxers in his heyday, noted that lack of self-discipline, focus, and hard training were some of the contributory factors that had dimmed the otherwise bright careers of some young Ghanaian boxers.

He also tasked the Ghana Boxing Association (GBA) to spread their nets far and wide to generate a keen interest in the sport among the youth nationwide, instead of concentrating the sport only in Accra.

”We have a lot of potential boxers all over Ghana but lack of support from the GBA in organising regular boxing competitions nationwide has caused  the potentials of the young ones to remain latent.

“The GBA should spread its nets wider by organising regular boxing contests across Ghana to unearth talents and develop their potentials to blossom and become exceptional boxers in the future,” he explained.

Azumah, who defeated Wilfredo Gomez in far away Puerto Rico in December 1984 to win the WBC featherweight title, said in spite of retiring from the sport decades ago, he still missed the sport, especially when he saw boxers committing elementary errors that caused their defeat on television.

”There is time for everything so I am happy and enjoying my retirement. However, anytime I watch boxing on television and see some of them committing elementary mistakes, I wish I were in the ring dishing it out to entertain my fans.

“Since I can’t be in the ring anymore, my advice to the young ones is that, they should learn the art of boxing well to know the right thing to do in the ring and excel,” he advised.