Michael Ansah to drop in weight to challenge Maxwell Awuku 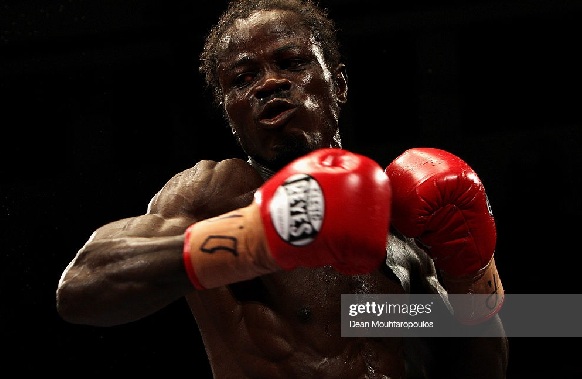 The tough-talking boxer believes slugging it out with Awuku will provide him the opportunity to improve upon his craft.

Ansah has been out of the ring since stopping Sherif Quaye in their trilogy fight in March this year and is looking forward to making a return before the close of the year.

In a chat with Graphic Sports, the 31 year old hard-hitting fighter described the lightweight division in the country as boring, having failed to find an opponent to fight.

Ansah claimed that he was better than all the local contenders in his division and complained about how boxers refused to face him in the ring.

“I don’t see any lightweight in the country that is better than me and that is making it difficult for me to get opponents.

“Locally, the fighters in my division are all afraid  to face me because they know they will lose,” he noted.

“That is why I want to move down to super featherweight to face Maxwell Awuku. I am ready for him because he is a good boxer who will bring the best out of me”.

Awuku, after suffering a knockout defeat to Miguel Berchelt in 2018, has gone on to win three fights and lost one, with his last bout being a stoppage victory over Richard Amenfu almost two years ago.

A potential fight between Ansah and Awuku could mean two of the nation’s great fighters staging another thriller for boxing fans.