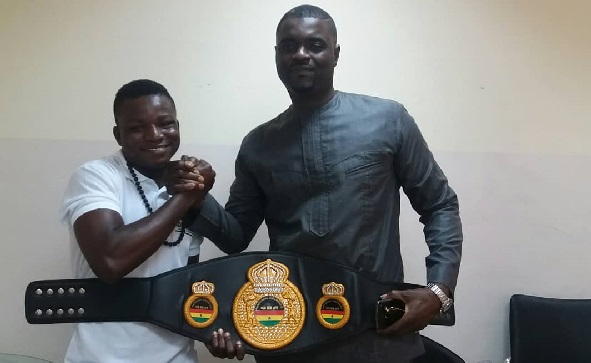 The head trainer at the Fit Square Boxing Club, Lartekwei Lartey, has called on the Ghana Boxing Authority (GBA) to consider withdrawing its licence for WBO Global champion, Wasiru Mohammed.

Coach Lartey said stripping Wasiru of his licence could compel him to honour an invitation by the GBA to listen to his concerns with his manager, John Manfo.

Wasiru has gone into hiding for sometime now, making it difficult for his team to reach him. The move has resulted in the 25-year-old boxer’s inactivity for over a year.

“We don’t know where he is at the moment because he has been avoiding our calls,” Coach Lartey told the Graphic Sports.

“I don’t understand him anymore because he has stopped training with us. The best thing to do now is to strip him of his title so he would come back to his senses.”

Meanwhile, the Graphic Sports investigations have revealed that the undefeated fighter is planning to ditch his manager in favour of a move to the US to sign a deal with a new promoter.

The development has led to many wondering what could become of the talented boxer, should he continue to stay out of the ring.

But Coach Lartey believed his fighter could destroy his talent if he chooses to follow in the footsteps of other boxers who ditched their local managers in favour of a move abroad.

He ,therefore, called on Wasiru to consider reconciling with his team to enable them to prepare him for the world championship in future.

“If he goes ahead with what I’m hearing, then he is probably going to end up the same way other fighters did.

“You can’t just wake up and ditch your management and expect to make it in the US with an unknown promoter,” Lartey cautioned.