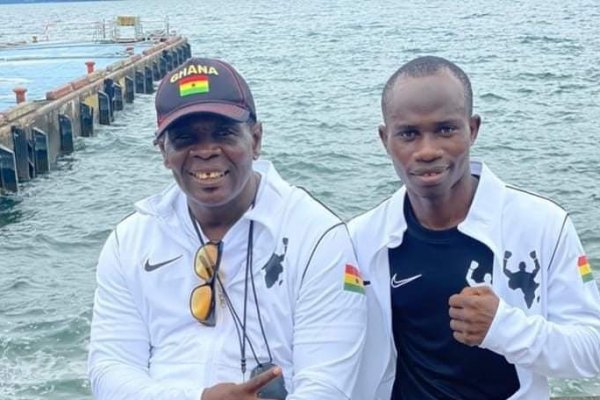 Black Bombers trainer Kwasi Ofori Asare says he deserves to be celebrated for his achievements in boxing in general and also with the national amateur boxing team for more than a decade.

Asare, who led the Bombers to the last three Olympic Games, believes the bronze medal won by featherweight star Samuel Takyi at the just-ended Tokyo Olympics attests to his impact in the sport’s development.

Over the last two decades, he has guided the national team to win three bronze medals at the Commonwealth Games, ECOWAS Games gold, silver at the African Games and most recently an Olympic bronze.

He told the Graphic Sports that his critics should look well at his impact on amateur boxing and his achievements with the national team over the years instead of questioning his style of training.

“It is difficult to explain something to someone who has no knowledge about amateur boxing, let alone boxing in general, about what pertains at amateur level of boxing. In a situation like this, I reserve my comments,” said Ghana’s first AIBA-certified coach in reaction to criticisms about his coaching methods by boxing promoter, Alhaji Muritella Tofik, who questioned the trainer’s suitability for the national team.

Asare slammed his critics for suggesting preferential treatment in his selection of boxers to the national team and the Olympic Games, saying he did not hand pick Samed Shakul, Sulemana Tetteh and Takyi to represent Ghana in Tokyo but the boxers selected themselves via a qualification series to the Olympics.

“I don’t do the selection. Amateur boxers are drafted into a pool -- as many as we can -- then they go through the qualification process and those who qualify to the Olympics are selected,” he stated.

Similarly, he defended the inclusion of team captain and two-time Olympian, Tetteh.

“Sulemana Tetteh is the most qualified and most experienced among all the three who went to Tokyo. He has participated in many international competitions more than any other amateur boxer in the country and has gained the needed experience. He went for the qualifiers and qualified to go to Tokyo,” he stated.

Asare insisted that his impact on their development had largely accounted for laurels for the country by these amateur boxers and not just through the sheer talent of his boxers.

“If you look at how I have trained these boxers to get medals for the country in international boxing tournaments, you can trust in my ability, wisdom and knowledge and say I am a genius,” he stated.