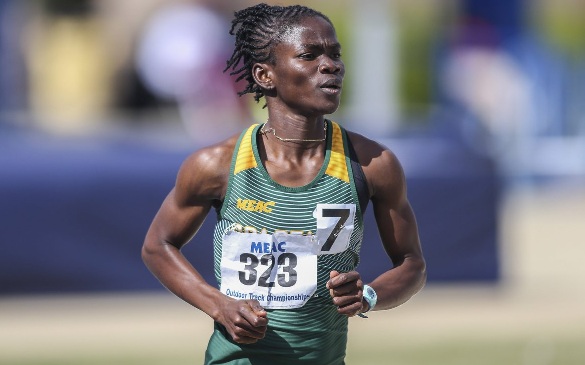 Ghanaian middle distance athlete Martha Bissah has made a passionate appeal to the Minister of Youth and Sports, Mustapha Ussif, and the president of the Ghana Olympic Committee (GOC) to help overturn a ban placed on him by the Ghana Athletics Association (GAA) which has prevented her for competing for the country since 2015.

Bissah, who won gold in the girls' 800 metres final at the 2014 Youth Olympics in Nanjing,China, has not competed for Ghana since the GAA slapped an indefinite ban on her for allegedly defaming the country's athletics chief, Professor Francis Dodoo.

All attempts to get the ban overturned has proved futile as the GAA insists the 23-year-old athlete must first apologise and retract allegations of impropriety she allegedly levelled against Prof Dodoo.

In a letter dated June 23, Martha urged the minister to use his offices to intervene in what she described as an "unlawful and unjust" punishment which could undermine the chances of competing in the upcoming Olympic Games in Tokyo.

"I am in the process of qualifying in the summer Olympic Games to be held in Tokyo, Japan. I therefore call on the Ministry of Youth and Sports to intervene and use its powers to overturn this unlawful and unjust infringement on my human rights and gender,” she wrote in the letter.

Bissah, who is currently pursuing a Master's degree in Urban Education, Urban School Counselling at the Norfolk State University in the USA, stated that she was a minor when the GAA slapped the ban or her which has affected her psychologically and physically.

GOC president, Ben Nunoo Mensah, confirmed to the Graphic Sports that he had received a copy of the letter and that his office would act on the protracted case.

While pursuing her academic dreams, the 800m and middle distance star established herself an a standout athlete while competing for the Spartans (NSU athletics team). She became the first known Spartan to win three straight NSU Female Athlete of the Year awards last year, a three-time Mid-Eastern Athletic Conference cross country champion, as well as setting indoor and outdoor records over 800 metres, 1,500m, 3,000m and 5,000m.