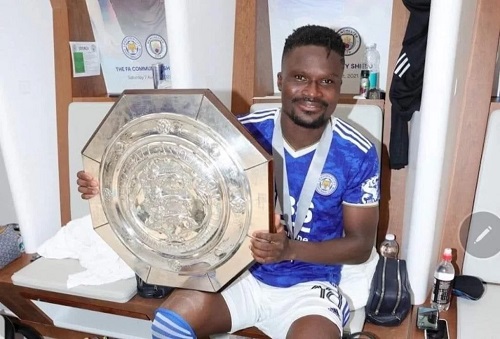 Leicester got the opportunity to play in the Community Shield after they won the FA Cup last year.

Despite not playing in the FA Cup final, Amartey proved he could be relied on for the centre back role at any time.

He played a crucial role forming a solid barrier with Turkish defender Caglar Soyuncur to check Man City players from getting close to the goal area.

But the FA Cup champions managed to snatch a late winner through Nigerian attacker, Kelechi Ihenacho, to win the Community Shield.