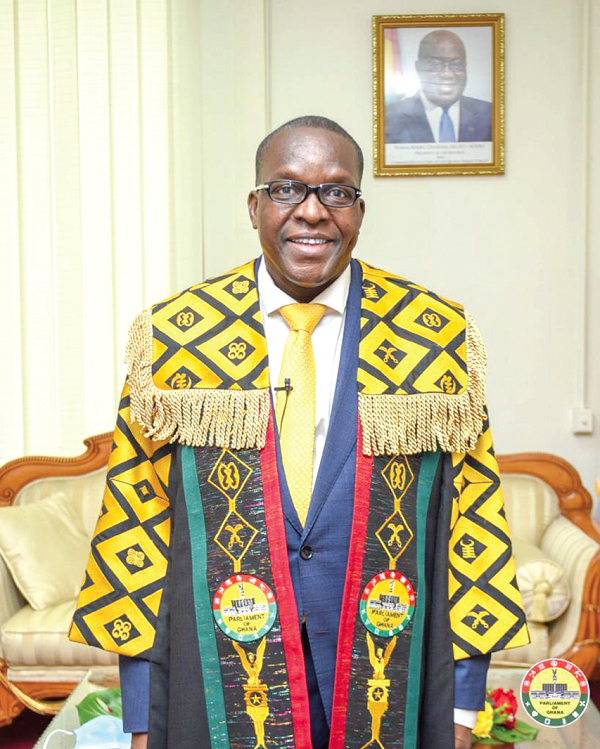 The Speaker of Parliament, Mr Alban Kingsford Sumana Bagbin, has said all the processes leading to the decision of the House on the Proper Sexual Rights and Ghanaian Family Values Bill will be made public for people to know where each Member of Parliament (MP) stands on the issue.

He said the bill, which has generated national conversation and interest, required that the house made all the processes and decisions on it public.

As such, Mr Bagbin said, the sittings of the Committee on Constitutional, Legal and Parliamentary Affairs would also be public.

“We will make the processes public — the sitting of the committee will be public and the decision of this House will be public. We would want to know where each MP stands,” he added.

Speaking at the first session of the third meeting of the eighth Parliament, Mr Bagbin said the arguments the bill had generated were good and healthy for a maturing democracy such as Ghana’s.

He said while the House would welcome all opinions on the bill, it would not entertain anything that would unduly delay the outcome of the bill.

“We should accommodate the views of others and whatever perceptions they have. Let’s maintain the peace of mind and heart.

“Parliament is capable of handling the situation and I want to assure citizens that we will create the enabling environment for all to put across their views, and at the end of the day, the processes of the House will determine the outcome,” he said.

Mr Bagbin said the law that would eventually be enacted would protect the culture and values of the country and the Ghanaian identity, while at the same time taking into consideration the human rights and freedoms that had been guaranteed under the 1992 Constitution.

“We will, therefore, allow religious bodies, civil society groups and academia to participate in the deliberations of this House on the bill.

“It’s not only Africa; the whole world is looking at the outcome of this bill and so we will not allow people to just come and try to delay the process,” he said.

According to him, the House had so far received over 100 petitions on the bill.

The Majority Leader, Mr Osei Kyei-Mensah-Bonsu, also said Parliament would do what was right in considering the bill, adding: “We are representatives of the good people of this country and we will do what is right.”

He urged the Committee on Constitutional, Legal and Parliamentary Affairs to go through the plethora of documents and memoranda submitted and listen to the sponsors of the bill to enable it to prepare and submit a credible report to the House.

“People should rest assured that Parliament will do the needful to protect and preserve the fundamental human rights and the freedom, unity and stability of our nation, as enjoined by the preamble of the 1992 Constitution.

“We are also not oblivious of the principles that all powers of government come from the sovereign will of the citizens, so we will do what is right. We also have our own unique upbringing and will not do anything that will outrage the people of this country,” he said.

The Minority Leader, Mr Haruna Iddrisu, called on the committee to appropriately engage the people, including the petitioners.

He said it was not for nothing that Article 106 of the 1992 Constitution provided that bills be gazetted for purposes of elucidating inputs from the public.

He also said the standing orders of Parliament required that processes at the committee level should not last more than three months.

“We expect the committee to lead Parliament in living up to the litmus test of an anti-LGBTQI legislation, one that reflects our values and morals and the wishes of the generality of society,” he said.