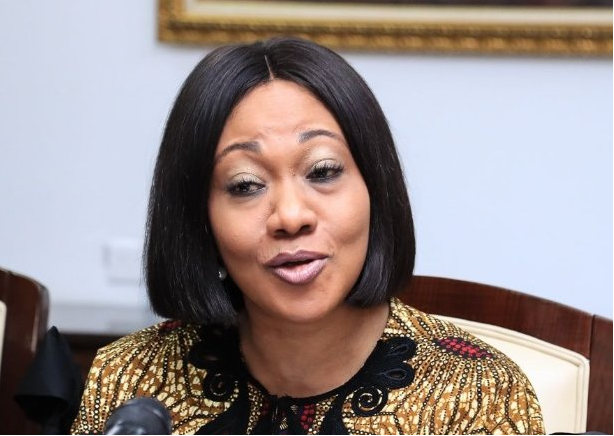 The Supreme Court has dismissed two suits that were seeking the use of the existing voter identification card and birth certificates as the source documents for the upcoming voter registration exercise.

Graphic Online’s reporter, Emmanuel Ebo Hawkson who was in the courtroom reported that in a unanimous decision Thursday, June 25, a seven-member panel of the Supreme Court dismissed the case by the opposition National Democratic Congress (NDC) which wanted an order for the use of the existing voter ID card and one Mark Takyi-Benson, who wanted the use of a birth certificate as source documents for eligibility to register as a voter.

The Supreme Court further held that the Electoral Commission (EC) has the authority granted under Article 45 of the 1992 Constitution to compile an electoral roll.

The apex court granted only two reliefs sought by the NDC which had nothing to do with the inclusion of the use of an existing voter ID card as source documents and dismissed all the other reliefs.

It was a total of eight reliefs that were before the Supreme Court.

b. A declaration that upon a true and proper interpretation of the provisions of the Constitution, specifically article 51 read conjointly with article 42 of the Constitution, the power of the 2nd Defendant to compile and review the voters’ register must be exercised subject to respect for and the protection of the right to vote;

c. A declaration that, upon a true and proper interpretation of the provisions of the Constitution, particularly article 42, upon the registration of and issuance of a voter identification card to a person, that person has an accrued right to vote which cannot be divested in an arbitrary and capricious manner;

d. A declaration that, upon a true and proper interpretation of the provisions of the Constitution, particularly Article 42 of the Constitution, all existing voter identification cards duly issued by the 2nd Defendant to registered voters are valid for purposes of identifying such persons in the exercise of their right to vote;

e. A declaration that upon a true and proper interpretation of the Constitution, specifically Article 42, the 2nd Defendant’s purported amendment of Regulation 1 sub-regulation 3 of the Public Elections (Registration of Voters) Regulations, 2016 (C.I 91) through the Public Elections (Registration of Voters)(Amendment) Regulations, 2020 to exclude existing voter identification cards as proof of identification to enable a person apply for registration as a voter is unconstitutional, null and void and of no effect whatsoever;

g. A declaration that upon a true and proper interpretation of the Constitution specifically Article 42 of the 1992 Constitution, proof of identification for registration as a voter should not be limited by the provisions of Public Elections (Registration of Voters)(Amendment) Regulations, 2020;

The Supreme Court ordered that the compilation of the new register should be in compliance with C.I 126.

The C.I. 126 makes the Ghana Card and the Ghanaian passport the only legal identification documents for registering people in the new biometric voters' register.

Under the C.I. 126, those who do not have the Ghana Card or Ghanaian passport can still register provided they are able to get two already registered voters to vouch for them.

Below is a copy of the Supreme Court's ruling

What Mr Johnson Asiedu Nketiah, General Secretary of the NDC said after the Supreme Court ruling on NDC vs. EC. [Watch the video below]

IN THE SUPERIOR COURT OF JUDICATURE, THE SUPREME COURT (CIVIL DIVISION) SITTING IN ACCRA ON THURSDAY THE 25TH DAY OF JUNE, 2020.

Godwin Tamakloe for the Plaintiff in J1/9/2020 with him Seth Nyaaba.

As per the attached orders the decision of the Court is unanimous.

By a unanimous decision the following orders are hereby made:-

Already struck out as withdrawn.

This relief is granted subject to the fact that all eligible voters must make themselves available  for registration as directed by the Electoral Commission pursuant to Public Elections (Registration of Voters) (Amendment) Regulations, 2020 C. I. 126.

This relief is granted subject to the Voter Registration card issued to an eligible voter under the prevailing constitutional Instrument C. I. 126.

We however reiterate the decision of this court in Abu Ramadan & Mimako (No.2) v Electoral Commission & Attorney-General (No.2) [2015-2016] 1 SCGLR 1 where the court per Benin JSC stated:

“If the law provides for alternative ways of performing the task, the discretion is vested in the actor in deciding within the limits imposed by article 296 of the Constitution as to which one of them would best suit the task on hand.”

The court continued by re-emphasising the fact that the Electoral Commission in exercising their discretion in the discharge of their constitutional mandate in cleaning the voters Register should be deemed as authorised to be acting within the law and the regulations therein, and cannot be faulted even if it is considered that there is a more efficient mode or method available.

It is dismissed subject to the provisions contained in C. I. 126.

It is refused and we also reiterate our decision in Abu Ramadan (No.2) supra where this court held that the Electoral Commission in performing their mandate under Article 45 of the Constitution 1992 cannot be compelled to act in a particular manner unless there is clear evidence that they have acted unconstitutionally.

Is dismissed and we reiterate this court’s decision in Abu Ramadan (No.2) already referred to supra in Suit No. J1/9/2020.

Is dismissed and we reiterate our position in Abu Ramadan (No. 2) supra.

We reiterate this court’s decision in Abu Ramadan (No.2) where the court stated that:-

“In the exercise of its original jurisdiction, it was not permissible for it to substitute its own decisions for that of the body of persons exercising the discretion conferred on it by the Constitution unless they act contrary to it. The court further emphasized that, that was necessary to keep the court itself within its proper limits in order to give effect to the supremacy of the law.”

Is dismissed as same has already been dealt with in relief three supra.

In the exercise of the powers conferred on us under Article 2 (2) of the Constitution 1992, we hereby make the following orders:-