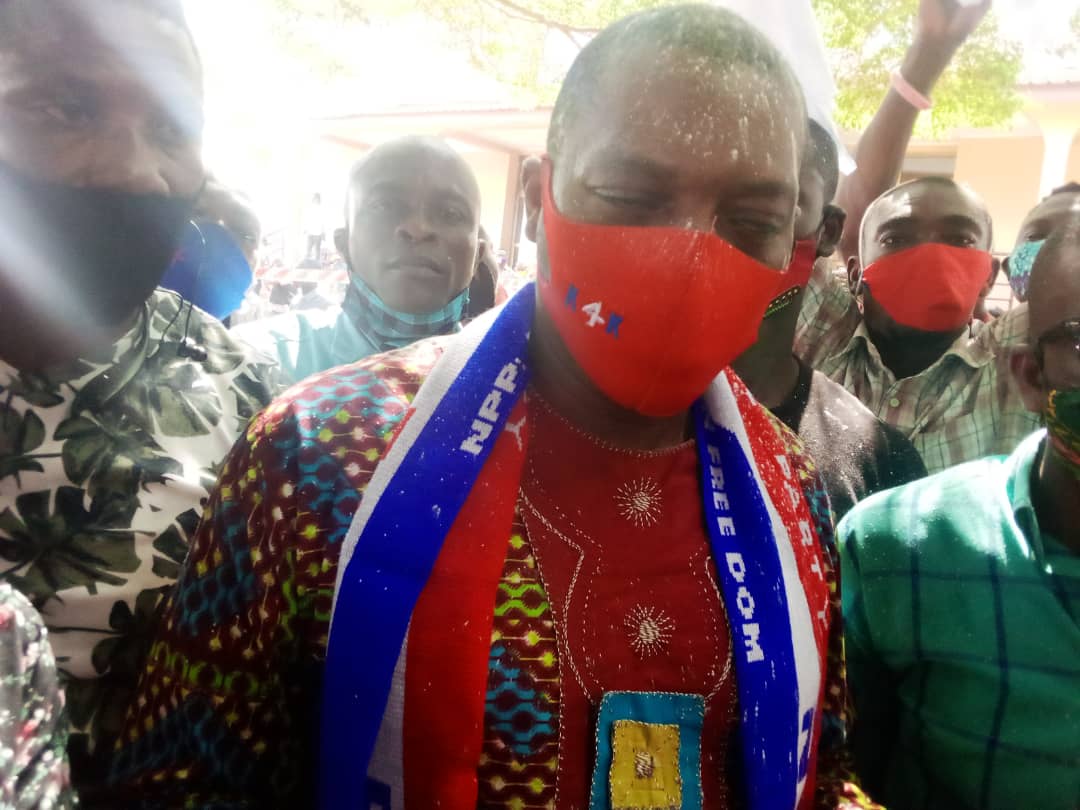 The Executive Secretary of the National Accreditation Board, Dr Kingsley Nyarko
30.5k Shares

The Executive Secretary of the National Accreditation Board, Dr Kingsley Nyarko, has been elected to represent the Kwadaso constituency on the ticket of the New Patriotic Party (NPP) in the December polls.

Dr Nyarko, also a psychology lecturer at the University of Ghana, Legon, won with 172 out of the 390 votes cast.

The incumbent, who prior to the election was very confident of winning had 158 votes while Mr Manu had 48 votes.

The election was rescheduled to Wednesday, June 24, 2020 due to a controversy over the voter album.

Days to the election, however, all three aspirants agreed on a new album after a cleaning exercise.

The number of delegates which stood at 590 prior to the elections was reduced to 390.

The Electoral Commission official, Mrs Thelma Annang, declared the lecturer winner before a packed arena as supporters of the winning candidate poured onto the streets to jubilate.

A visibly elated Dr Nyarko expressed appreciation to delegates as well as his competitors for a decent election.

He said now that the election was over, he was reaching out to his competitors to build a united party.

"My focus will be on education because that is my passion. For a start I will launch an educational fund to support the needy but brilliant students to reach the top," he told Graphic Online.

He has set aside a GH₵20,000 seed money for the project with it's accompanying administrators to administer it.

Beyond that, those with special skills are to be supported to "unravel" their talents while providing capital for those who want to go into trading or pursue a business of their choice.