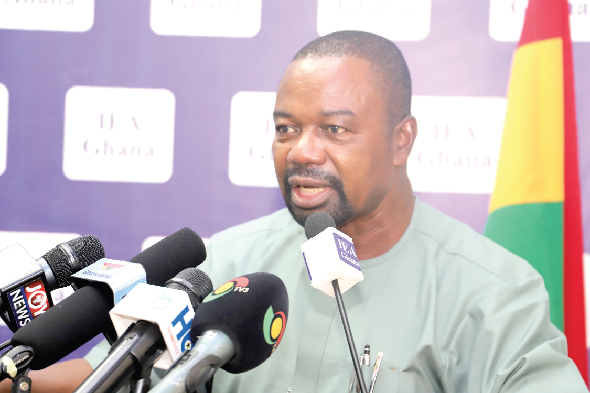 Efforts by multilateral organisations to "stampede"  Guinea's military junta to return the country to constitutional rule could plunge the country into instability and chaos," the Dean of the Ghana Armed Forces Command and Staff College (GAFCSC), Dr Vladimir Antwi-Danso has cautioned.

He argued that given the historical background of Guinea and the country's political and ethnic dynamics, multilateral organisations should rather focus on supporting the country to gradually reconstruct its constitutional and democratic structures to facilitate a peaceful transfer of power.

Delivering a presentation on the coup in Guinea at the Institute of Economic Affairs (IEA) Dialogue Centre in Accra last Tuesday, he indicated that the sanctions imposed on Guinea by the Economic Community of West African States (ECOWAS) and other bodies will not yield successful results as it happened in the case of Mali.

"I think this stampeding of the juntas for constitutional rule is wrong. It has happened already so we should ask ourselves: where do we go from here? Should we help them establish democratic principles by having a kind of structural changes that would ensure that everyone played their roles? Can't we help them to establish democracy instead of making wishy-washy arrangements that can be washed away tomorrow," he asked.

Dr Antwi-Danso continued by saying: The ECOWAS delegation was hooted at when they went to Guinea. It tells us that they must be careful of the kind of arrangement they make. The situation in Mali was a litmus test. There are lot for us to learn from and not just to call for democracy."

The National Committee for Rally and Development (CNRD), led by Mamady Doumbouya staged a coup on September 5, 2021, leading to the ousting of President Alpha Conde.

Doumbouya and the other Special Forces soldiers behind the coup said they had ousted President Conde because of concerns about poverty and endemic corruption.

The move triggered widespread condemnation from both regional and international bodies, who threatened sanctions against the military junta in a bid to push the junta return the country to constitutional rule.

At its meeting in Accra on September 16, 2021, ECOWAS demanded a return to constitutional rule within six months and the unconditional release of President Conde, among other directives.

The junta, has however, defied the directives of the West Africa bloc to release Conde, insisting that “we will not yield to any pressure.”

Dr Antwi-Danso criticised ECOWAS for failing to condemn President Conde when he ‘manipulated’ Guinea’s constitution to run for a third term which provoked violent protests, leading to the killing of dozens.

He said the decision by ECOWAS to remain silent on the matter contravened the bloc’s own protocols which frowned upon power obtained by unconstitutional means.

“The 2001 ECOWAS Protocol on Democracy and Good Governance rejects any power obtained or maintained by unconstitutional means. It is, therefore, surprising that, ECOWAS would be mute over manipulation of the constitutions of Niger, Senegal, Cote d’Ivoire, and Guinea, and also over human rights abuses until coups happen,” he said.

Dr Antwi-Danso also expressed concern about what he described as the lack of convergence in both concepts and practices in reaction to coups by international actors.

The situation, he said, created a coordination vacuum and made reactions to coups d’état highly political.

“There is the need for a critical analysis of both inherent limits as well as those consequences that might even run counter to the original, officially stated aims of such interventions,” he said.

He also urged the African Union and other regional bodies to be proactive, instead of being “exclusively reactive, in identifying and responding to the warning signs of insurrection.”