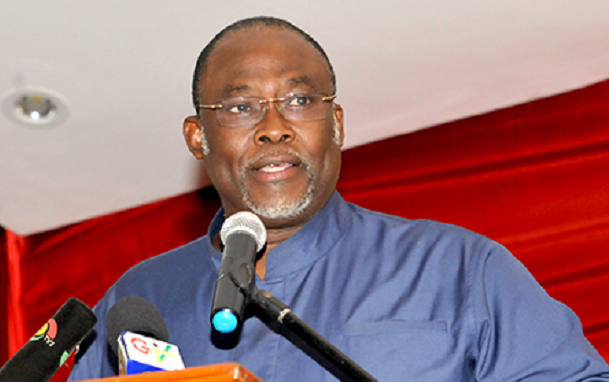 A former Minister of Trade and Industry, Mr Ekwow Spio-Garbrah, has called for a ‘government of national unity’, with ministers and other officials appointed based on competence and not political party affiliation.

In an interview with the Daily Graphic, he said the 2020 general election showed that Ghanaians were tired of the ‘winner-takes-all’ policy in the governance system of the country.

He said the successes of the National Democratic Congress (NDC) in the parliamentary election, coupled with the election of Mr Alban Kingsford Sumana Bagbin as the Speaker of Parliament, meant that it could not be business as usual for President Nana Addo Dankwa Akufo-Addo.

“With a Speaker who does not come from the President’s political party, if the NDC chooses to play hard ball politics with the President, he may not be able to push much of his agenda through Parliament. This is, therefore, the time for compromises.

Mr Spio-Garbrah said attempts had been made towards a form of union government in the past, with a classic example being the one introduced by the late General Kutu Acheampong in the 1970s.

Such attempts, he said, although laudable, could not last because they were not backed by the mandate of the people.

“Now Ghanaians, through the elections, want a government of ‘national unity’,” he added.

He acknowledged the fact that there was no framework that made it possible for an all-inclusive government.

Nevertheless, he said, the onus was on President Akufo-Addo to start the process by initiating a dialogue with the leadership of the NDC and his own political party, the New Patriotic Party (NPP).

Asked if an all-inclusive government would work, considering the competitive and acrimonious nature of politics in the country, he said the NDC and the NPP should make it possible.

Explaining further, he said the fact that the two major political parties were fierce rivals did not mean they could not compete and collaborate at the same time.

Collaborative competition, he explained, was a term that existed in all industries and should be introduced into the country’s body politic.

“Collaborative competition should become part of our politics and governance system. There are a lot of good minds and people with a lot of experience in negotiations whose expertise could be harnessed in this regard.

“We must negotiate ourselves into a new era of co-existence and collaboration. That does not mean that we cannot have competition in our politics. When it is time for elections, we will compete,” he added.

Mr Spio-Garbrah said suggestions on how to curb the winner-takes-all syndrome in the governance of the country were some of the recommendations of the Constitutional Review Committee.

Those recommendations, he said, must be passed into law to make the governance of the country more inclusive and in tune with the challenges of the time.