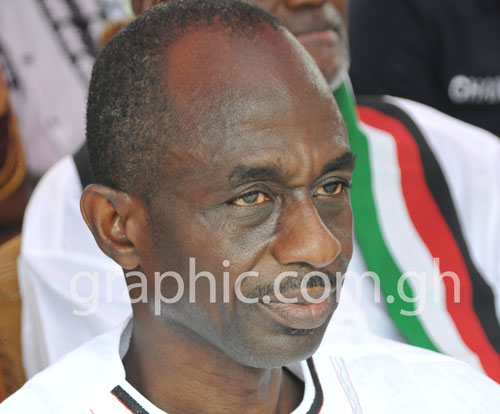 The National Democratic Congress  (NDC) has challenged its  party faithful to rededicate themselves to the time-tested principles of probity, accountability and social justice.

According to the party, these principles have enabled the party to surmount even the steepest obstacles.

A statement signed by the General Secretary of the party, Mr Johnson Asiedu Nketia, on the occasion of its 21st anniversary yesterday, pointed out that the NDC owed a debt of gratitude to the millions of its faithful  members whose struggle and toil continue to sustain it.

‘’To these gallant and faithful members, we say ‘Ayekoo’ and encourage them to remain loyal to the course as we work to achieve even greater development for our country,” the statement stressed.

It said more than ever before, the party was urging party faithful to be united and resolute in the face of the challenges that confront them and added that, they should rally ‘’behind our leader, President John Dramani Mahama to deliver on the overwhelming mandate bestowed on him by the people of Ghana in the 2012 elections’’.

It also used the occasion of the 21st anniversary to salute all its founder members and congratulated them for the vision they had in laying the foundations of what had been the largest and most vibrant political force since Ghana’s return to democratic rule in 1992.

The statement said since its formation, the NDC had upheld its core principles of probity and accountability, as well as the pursuit of social justice and equity for all citizens of Ghana.

The party, the statement added,  through these noble principles had managed the affairs of the state “when we have been elected by the good people of this country to form a government.’’

It explained that even when the NDC had been out of power it had been loyal and objective in opposing the government in power, and had never sought to undermine or compromise Ghana’s peace and stability.

It added that  the fact that  the NDC had won four out of the six elections it had contested was ample testimony to the confidence Ghanaians had in the NDC as the most broad-based and representative  party in the entire country.

It further said the successes the party had chalked up were  also an expression of the electorates’ confidence in their  philosophy of social democracy as the most effective avenue by which rapid socio-economic development could  be achieved.

It said through the implementation of egalitarian policies over the years, the party had improved the welfare of the people and that had resulted in significant improvement in the Ghanaian economy, education, agriculture and other sectors.