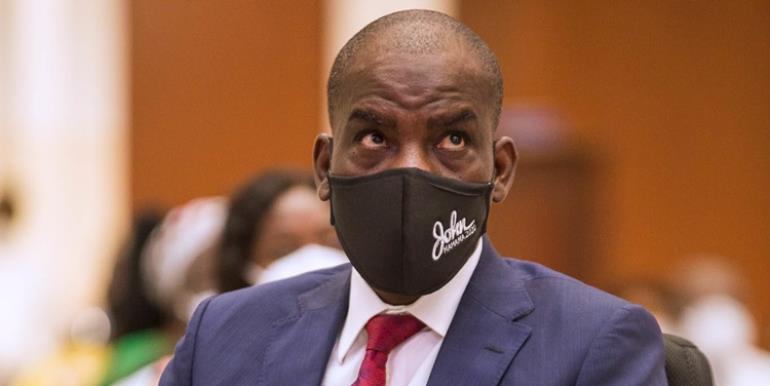 The Minority Caucus in Parliament has described the passage of the Electronic Transfer Levy (E-Levy) Bill, 2021, as illegal and unconstitutional.

It stated that the Minority was convinced that Parliament, led by the Majority Caucus, had less than 138 members to approve the bill and therefore described the approval as “a charade”.

“We are convinced that this Parliament, guided by the Supreme Court’s decision on Justice Abdulai and the Attorney-General, the Majority, following the walkout of the Minority, did not constitute a voting quorum as required by Article 104 of the Constitution,” it said.

Addressing a press conference in Parliament after the passage of the bill Tuesday [March 29, 2022], the Minority Leader, Haruna Iddrisu, said the Majority of less than
137 conducting business only proceeded on illegal and unconstitutional business.

“Parliament did not have the numbers to take any decision that should be binding on Parliament and Ghanaians.

“Immediately after this briefing, we intend to file to question the legitimacy of the decision of less than one half of Parliament taking a decision to approve E-Levy at
the second reading following our walkout and at the second reading of the bill,” he said.

Explaining the decision by the Minority to leave the Chamber, Mr Iddrisu said: “We simply walked out to disenable them from having the voting quorum.

“They were simply less than 137 because everybody in the world and Ghana knows the honourable Adwoa Safo was not present and therefore they had 136.

“Additionally, we know that there was an ambulance within the precincts of Parliament but the person who purported to have been in the ambulance was not present in the Chamber for the purpose of exercising a vote,” he said.

Mr Iddrisu, therefore, said every decision that the Majority took with 136 members “flies as a sin against the ruling of the Supreme Court.”

Per the Supreme Court, Article 104 (1), which touched on voting exclusively on matters to be determined in Parliament, “Matters in Parliament shall be determined by the votes of majority of members present and voting at least with half of all the Members of Parliament present.”

He, therefore, argued that during the second reading of the bill, the Majority did not have Members of Parliament present per the Supreme Court’s ruling.

The Minority boycotted sitting after a debate on the bill had been concluded and a question was to be put on motion for the House to adopt the Finance Committee's report in supporting the second reading of the bill.

The Minority argued that they did not endorse the second reading of the bill which would pave the way for the consideration of the E-Levy and subsequent third reading prior to its approval.

The Minority Leader had complained that it had been taken by surprise by the unexpected consideration of the E-Levy Bill.

The E-Levy was not listed in Parliament’s business statement for this week.

The Speaker, Alban Sumana Kingsford Bagbin, indicated earlier that he had no idea the bill had been tabled for discussion yesterday and was shocked when it was moved.

“When you keep on giving surprises to the Speaker, the Speaker will also give you surprises,” he warned.

He also described the Minority’s walkout as also shocking but added that it would not affect the course of proceedings.

“The movement of the motion was a surprise and the walkout is another surprise,” the Speaker said.

The levy, which was amended from 1.75 per cent to 1.5 per cent, will be a tax on electronic transactions, which includes mobile-money payments.

The charge will apply to electronic transactions that are more than GH¢100 on a daily basis.