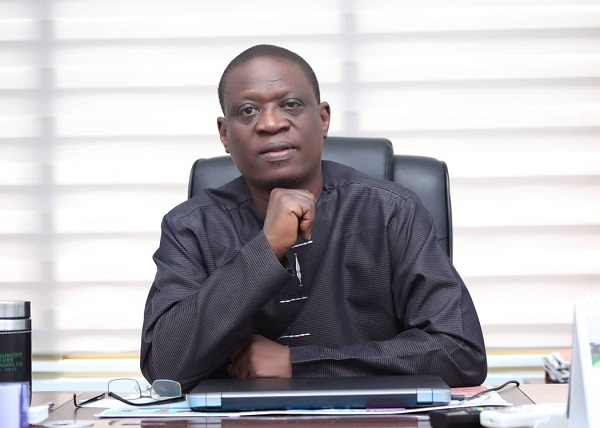 Communications Specialist at the Ministry of Business Development (MoBD), Kofi Twum Boafo says there is no political party in Ghana better at managing the economy than the ruling New Patriotic Party (NPP).

Speaking in an interview on Net 2 television, Kofi Twum Boafo said the Ghanaian economy is growing faster under the NPP administration headed by President Akufo-Addo than any other government since the Fourth Republic when Ghana returned to constitutional rule in 1992.

“The NPP are better managers of the economy. They steer the economy better than any other government”, he stated.

According to him, no debate can arise from his claim because it is factual that the NPP has a track record that cannot be disputed.

He maintained that the NPP is gradually bridging the gap between the rich and the poor because it has instituted collective beneficial social interventions for the whole country.
Mr. Twum Boafo said Ghanaians have recognised this and will give President Akufo-Addo another four years after which the party will present another candidate who is capable of leading the party and the country into continuing the good works started by President Akufo-Addo.

“After Akufo-Addo’s second term in office, as I said earlier on, the NPP has consistently shown they are better managers of the economy so we will continue from there with another candidate who is capable of continuing the good work started by his predecessors”, he stated.

Kofi Twum Boafo advised NPP communicators not to pay attention to the needless politics by the National Democratic Congress but rather focus their attention on publicising the achievements of President Akufo-Addo.

He urged all communicators of the ruling government to spend the time between now and December 7 when Ghanaians go to the polls to tell what Nana Addo Dankwa Akufo-Addo and the NPP has done, what they are doing and what they intend to achieve to ensure a massive win.