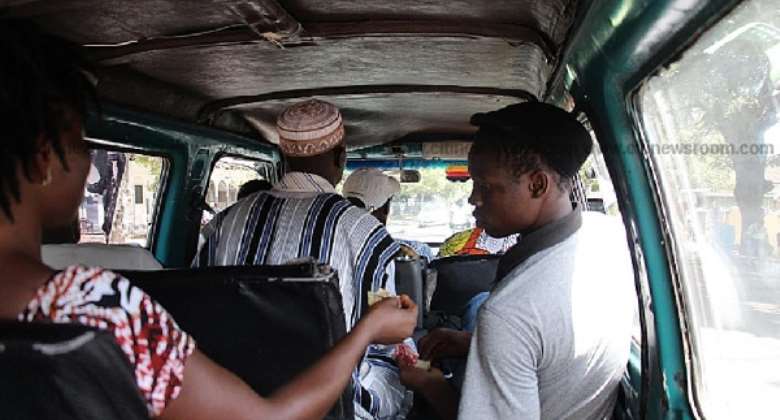 The Ghana Road Transport Coordinating Council (GRTCC) has asked members of the public to disregard speculations that transport fares will be increased from July 18, 2022.

The GRTCC said the announcement by "a group of unknown transport operators" that transport fares would go up by 20 per cent beginning July 18, was an illegality that must not be countenanced.

The General Secretary of the GRTCC, Emmanuel Ohene Yeboah, has told Graphic Online that those behind the announcement of the hike in transport fares were not a recognised group with the power to determine transport fares.

Mr Ohene Yeboah told Graphic Online's Timothy Ngnenbe on Wednesday (July 13) that, it was only the GRTCC and the Ghana Private Road Transport Union (GPRTU) that had the bargaining chip for negotiating transport fares.

"I want to put it on record that the GRTCC and GPRTU do not know those who are parading as transport operators and calling for transport fare increment.

"I am told the group comprise Okada operators and spare part dealers. We do not know them as a splinter group who have the mandate to champion transport fares increment for other operators.

He maintained that the GRTCC and the GPRTU had not started any negotiations on transport fares.

"We have done transport fares increment with successive governments, and there is a laid down procedure for negotiating it," he observed.

He said negotiations on transport fares were done by the stakeholders including GRTCC, GPRTU, the Ministry of Transport and the Consumer Protection Agency (CPA).

"We all sit down and weigh the situation by looking at the price of fuel, spare parts and other market factors," he said.

Mr Yeboah added that although fuel prices was one of the factors that played a role in determining transport fairs, one could not rely on that alone to announce increments.

"Fuel prices constitute just 33 per cent of all factors that are considered in negotiating transport fare increment.

Mr Yeboah said the GRTCC and other stakeholders were currently looking at harmonising the transport fares regime to ensure that drivers do not charge exorbitant fares.

"Some people abuse the system anytime fares are announced by charging more than the approved fares.
We call on our leadership at the various terminals to enforce directives on fares such that the same fares are charged based on the distance," he said.

He also advised the traveling public to insist on paying the right fares.