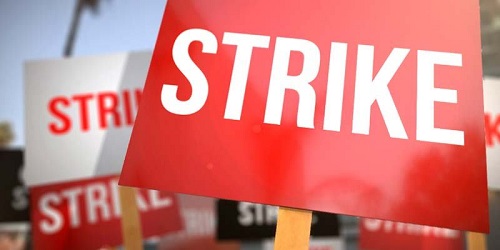 The Senior Staff Association of Universities of Ghana has declared an indefinite strike in solidarity with other labour unions in demand of 20 per cent Cost of Living Allowance (COLA).

The group also wants the government to pay their accrued interest on tier two pension arrears from 2016 to 2021.

The decision by the Association brings to five the number of unions so far on strike over COLA demands.

Addressing the media, the National Chairman of the Association, Isaac Donkoh urged their members to withdraw their services until they get positive feedback from the government.

“Yesterday they threatened to freeze our salaries [if we embark on strike] and we will tell them we are capable [of declaring the strike]. We have said if we do not hear anything positive from them, we will lay down our tools. We are demanding 20 percent COLA and nothing else.”

Public Services Workers Union to strike over COLA on July 19