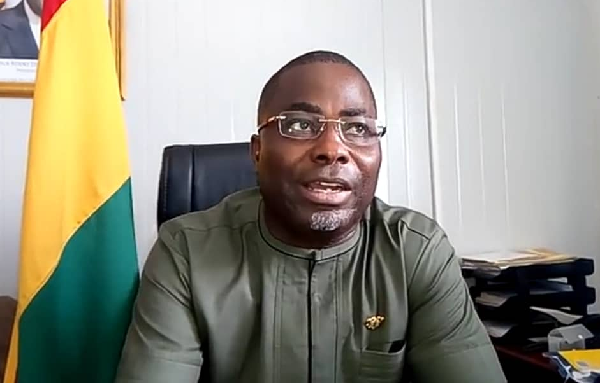 New Patriotic Party’s General Secretary candidate, Charles Bissue has bowed out of the contest barely three days before the elections.

The former Western Regional General Secretary of the party was part of five other contenders vying for the position.

According to Mr Bissue, his decision was as a result of broad consultations with his family, promoters, supporters, delegates, and well-wishers of his campaign.

“I tender herein, my withdrawal from the General Secretary contest of the New Patriotic Party. My decision is sequel to broad consultations with family, promoters and supporters, delegates and well-wishers of my campaign” a statement announcing the decision has said.

He was in the race with lead contenders Jeff Konadu and incumbent John Boadu.

The national executives polls is set for Saturday, July 16, 2022.

Below are details of his resignation letter

I tender herein, my withdrawal from the General Secretary contest of the New Patriotic Party. My decision is sequel to broad consultations with family, promoters and supporters, delegates and well-wishers of my campaign.

I am convinced, and reiterate that the various contenders for the position are equally deserving of the position of a General Secretary. It is my prayer that delegates of this great Party make the right choice in electing amongst the remaining candidates, the best to lead the NPP into another political cycle; and that of course, is to break the 8-year jinx.

I assure the Party of my support to whoever gets elected as the General Secretary, and to be of service to the Party, when called upon. [Reference section “My Agenda 4 Change” for a read on some of the various policies, strategies etc. I intended to deploy when elected as General Secretary]. I thank the National Council, the National Election Committee and the leadership of the Party for having conducted this internal process peacefully and thus far, successfully.