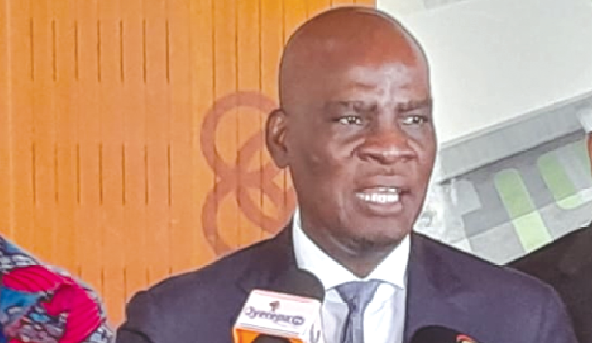 The National Democratic Congress (NDC) has initiated moves in Parliament to halt the move by the Electoral Commission (EC) to use the National Identification Card (Ghana Card) as the only evidence of citizenship for the compilation of a new register for the 2024 general election.

A petition seeking to halt the laying of a draft Constitutional Instrument (C.I.) titled: Public Elections (Registration of Voters) Regulations, 2021, was captured on the Order Paper for yesterday but was put on hold at the instance of the Minority Leader, Haruna Iddrisu.

Mr Iddrisu, who will present the petition in Parliament next week, explained that the rescheduling was to allow for an engagement with the Speaker, Alban Bagbin, as well as the leadership of Parliament.

Expected to regulate continuous voter registration, the draft C.I. has in it a proposal to make the Ghana Card the sole source document of identification for prospective voters.

According to the petition, which was sighted by the Daily Graphic, the NDC did not want the proposed C.I. to be laid until the backlog of Ghana cards, which the National Identification Authority (NIA) has admitted to, had been cleared.


Furthermore, it said the C.I., as subsidiary legislation, could not override the substantive provision in the Constitution on the citizens’ right to register and vote.

It pointed out that an insistence on the Ghana Card as the only evidence of citizenship would deny millions of citizens the right to register and vote.

“Any further action on the proposed C.I. by or in Parliament should be frozen until consultations have been initiated and concluded with the major stakeholders, especially the political parties, including the NDC, and civil society,” the petition added.

Later, at a press conference, the Minority Leader said as a group, they had a duty to protect and preserve the fundamental human rights and freedoms of Ghanaians.

"This includes the right to vote, as enshrined in Article 42 of the 1992 Constitution," he said.

The article states: "Every citizen of Ghana of 18 years of age or above and of sound mind has the right to vote and is entitled to be registered as a voter for the purposes of public elections and referenda."

Mr Iddrisu said the Minority was concerned about the disparity and discrepancies in the number of people captured on the bio-data of the EC and the NIA.

He said while the EC claimed to have registered about 17 million Ghanaians, the NIA said it had registered less than that figure.

In a recent interview with the Daily Graphic, a former Chairman of the EC, Dr Kwadwo Afari-Gyan, opposed the decision to use the Ghana Card as the only source document for continuous voter registration, arguing that it could disenfranchise millions of qualified Ghanaians.

He said with many Ghanaians finding it difficult to get their Ghana cards, making it the only form of identification for voter registration was against electoral inclusivity, fairness and justice.

“Ghanaian citizens don’t lose their citizenship if they are 18 years or older but do not have the Ghana Card. So the moot question is: why make the Ghana Card the only means of identification for purposes of establishing eligibility to register to vote?” Dr Afari-Gyan queried.

However, the EC has explained that the decision to use the Ghana Card as the sole source of identification is to ensure the integrity of the voters register.

Speaking with the Daily Graphic in August this year, a Deputy Chairman of the EC, Dr Eric Bossman Asare, said the registration process would be continuous and should, therefore, not cause any harm.

He explained that voter registration, when rolled out in January next year, would go on for almost two years, and that by the end of the exercise in August 7, 2024, eligible voters who wanted to register would have obtained their Ghana cards to enable them to register as voters.

“When you look at this, how is this going to disenfranchise millions of Ghanaians?” he quizzed, adding: “It should be clear that we are not going to use the Ghana Card for voting; it is only going to be used for registration, and when you register, we will issue you with our voter card.”