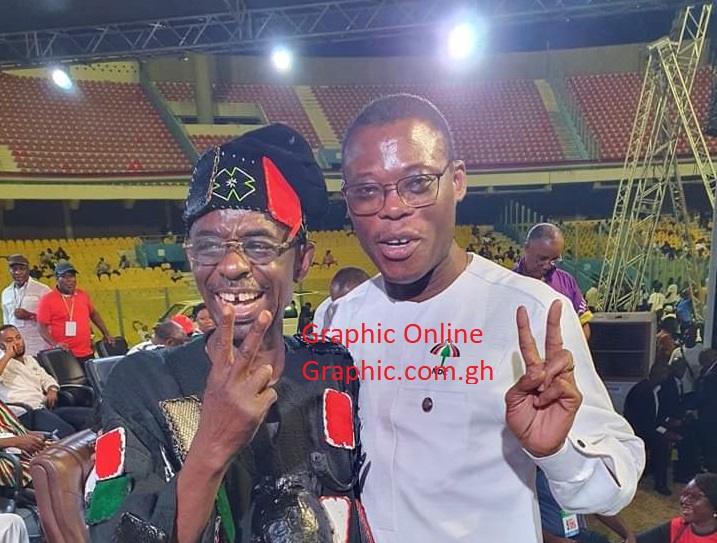 The National Democratic Congress (NDC) will on May 13 conduct the final leg of internal elections to elect a Flagbearer and 276 nominees to contest Parliamentary elections for the party in the 2024 elections.

The General Secretary of the NDC, Fifi Kwetey who announced the time table for the elections at a press conference in Accra today (Wednesday) said persons interested in becoming parliamentary candidates of the party would pay a filing fee of Gh₵40,000 while flagbearer aspirants would be required to pay GH₵500,000.

Present at the press conference were the National Chairman of the party, Johnson Aseidu Nkethia, National Communications Officer, Samuel Gyamfi, Member of the NDC legal team, Baba Jamal and former flagbearer aspirant, Sylvester Mensah among other leading members of the party.

Per the time table, nominations for aspiring parliamentary candidates would open on February 22 to 24 to make room for interested persons to pick nomination forms via the NDC website at a cost of GH₵5000 which must be paid via Mobile Money.

Although nomination for presidential candidates would also commence on February 22 to 24, interested candidates are required to pick nomination forms directly from the office of the General secretary of the party and pay a fee of GH₵30,000 via banker’s draft.

Aspiring presidential and parliamentary candidates would be required to submit the completed forms between March 20 to 22 before vetting would commence on March 27 to 29. There would also be a window for appeals on the outcome of the vetting process between March 30 to April 6 before the election on May 13.

“The two elections would be held on the same day in all the voting centres in all the 276 constituencies including SALL, and the NDC headquarters would also constitute a voting centre,” Mr Kwetey said.

To qualify to become a parliamentary candidate aspirant, Mr Kwetey said a person must first satisfy the 1992 requirements for Members of Parliament.

The individual must also be a paid up member of the NDC in good standing and must not be a dual citizen or owe allegiance to any other country aside from Ghana.

With regards to flagbearer aspirants, the NDC General Secretary explained that persons interested must be a member of the NDC for at least 10 years and in good standing and also satisfy the 1992 constitution’s requirement for a President.

Mr Kwetey explained that an electoral college would be constituted by the party to elect the flagbearer.

He said all contestants would be given access to delegates in all branches and constituencies without any hindrance to campaign and sell their messages to ensure a peaceful and transparent election.

However, he said there would be no campaign on the election day and executives of the party are not allowed to openly commit any group’s support for any of the contestants.

“Individuals have the right to support candidates but cannot commit their offices to any candidate because those who do so would be punished,” he said.