A total of 354,708 delegates are to cast their votes to elect new constituency executives for the National Democratic Congress (NDC) in the nationwide constituency polls on Saturday and Sunday(October22-23, 2022). 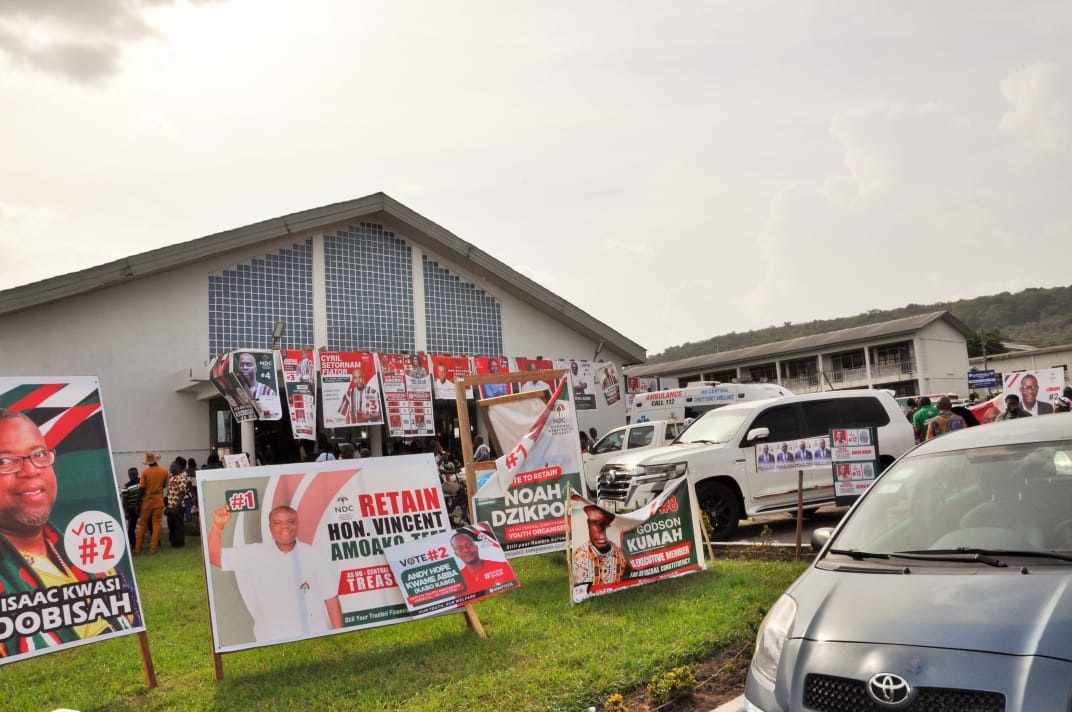 From Ho in the Volta Region, Alberto Mario Noretti reported that there was a standoff at NDC Ho Central Constituency elections as names of delegates were missing.

Cars and humans were competing for space at the OLA SHS campus, the venue for the NDC Ho Central Constituency executive elections.


In all, 2,223 delegates from the 247 branches turned up at the venue as early as sunrise for the elections.

Meanwhile, the names of delegates from the Ahoe Market Square B, and OLA Branch C were missing from the party album (register).

The resultant standoff, however, subsided for voting to commence although the issue was not resolved at the time.

Voting was still taking places as at 3:30pm. 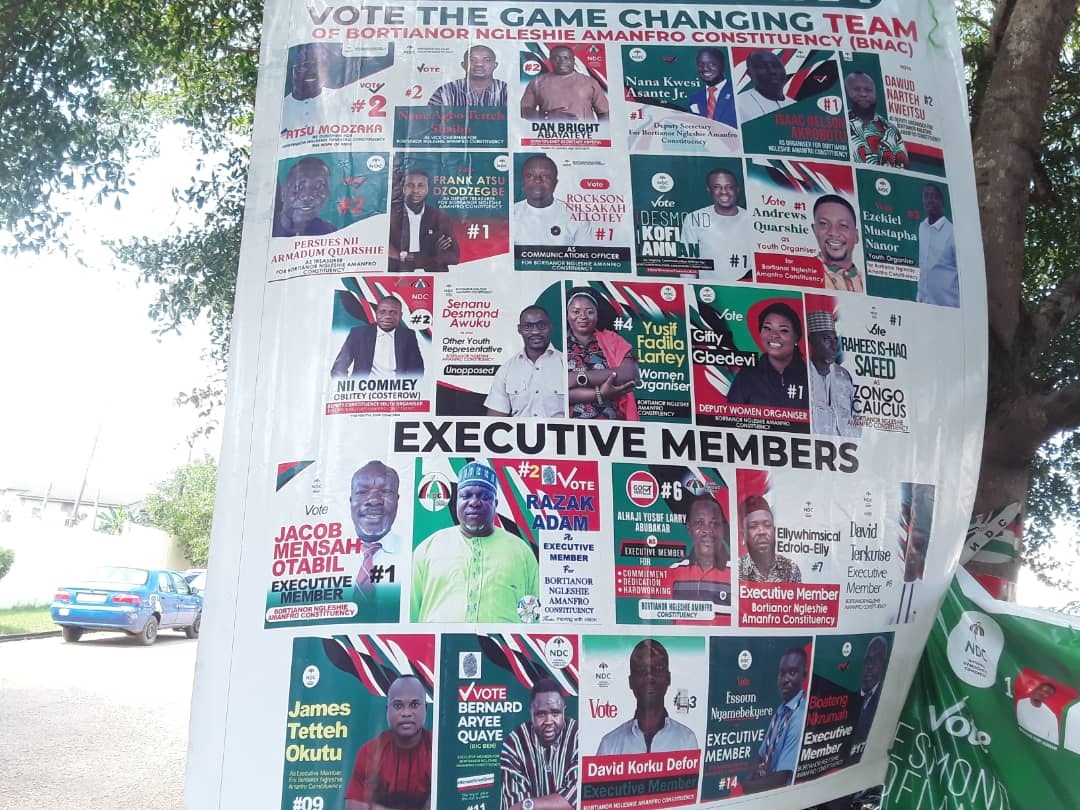 Augustina Tawiah reports that entertainment was not missing out of the elections at the Bortianor-Ngleshie-Amanfro constituency.

Various NDC composed songs loudly blast from the sound systems at the venue of the elections and this sent some of the party faithful to the floor dancing while others danced from their seats.

Trading of various party paraphernalia and foods were available for sale. Security was also tight with a number of police personnel around to ensure order.

At the Kings University College at Aplaku in the Bortianor-Ngleshie-Amanfro constituency in the Ga South Municipality, 1,912 delegates of the National  Democratic Congress(NDC) begun voting at 10:40 am to elect executives for the constituency.

There are a total of 223 branches in the constituency but delegates will not vote in 14 of the branches out of the 223 branches following a directive from the NDC's National Directorate of Election.

Graphic Online’s Vincent Amenuveve reports that 52 contestants are vying for 16 positions with one position, Other Youth Representative, going unopposed.

The elections are being supervised by the Electoral Commission with a number of police personnel providing security to ensure voting is conducted in an orderly manner.

Delegates of the opposition National Democratic Congress (NDC) in the New Juaben South Constituency of the Eastern Region were left enraged over a delay in the voting process on Saturday.

Voting which was scheduled to commence at 8:00am (October 22) at the Eridex Hotel auditorium did not go as planned.

As of 2pm the process had not began and delegates left the auditorium.

Some delegates who spoke with Graphic Online blamed the regional officers for the delay, and accused them for trying to influence the voting process.

Kwame Asante, one of delegates told Graphic Online that the regional officers were bent on rigging the election; hence, they deployed the tactics of delaying the election process.

Madam Aisha, also a delegate said the regional officers were to be blamed for the delay, adding that they must be punished by voting them out.

Kojo Mensah, another delegate questioned the fortune of the party heading into the 2024 elections if it cannot organise its internal elections without problems.

"The NDC can't continue like this. They frustrate people who campaign for the party and expect them to come back and serve them. If we cannot organise a common constituency election without problems, how then can we work towards a 2024 victory. The road to the national election started from the branch and it was supposed to continue today but the executives are tarnishing the image of the party," he said.

One of the Electoral Commission officials (name withheld) who spoke with Graphic Online said the delay was because the ballot papers were yet to arrive though they were ready to work.

"We have been here to work since morning. We have all our materials here and it's left with the ballot papers. But as things stands we doubt it would come off, and we do not know when it would be held," he said.

Following a long wait the EC officials at 2:30pm packed the ballot boxes and the voting booth and left the venue of the election.

Delegates who arrived in buses also started leaving the venue in disappointment and anger.

From the Bolgatanga Central Constituency, Gilbert Mawuli Agbey reported that voting was yet to start as of 12:55pm .

Electoral Commission officials were still waiting for the final list of the delegates before voting could commence.

Hundreds of party delegates thronged the premises of the Ghana National Association of Teachers hall in Bolgatanga to take part in the election.

Some party delegates and supporters said in an interview that they could not fathom why the election has still not commenced.

In Takoradi in the Western Region, George Folley reported that voting started at exactly 10am.

In all 45 candidates were vying for various positions.

The atmosphere at the Presbyterian Church premises was very calm as delegates waited for their turn to cast their ballot.