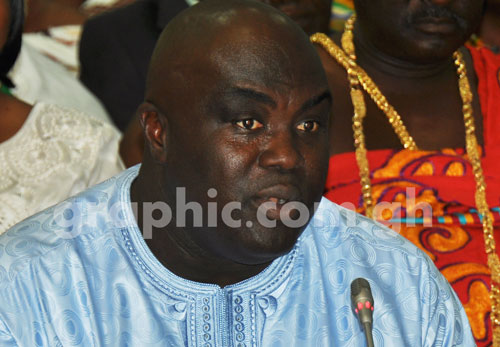 "Governance is about satisfying the needs of the people. This makes local government highly influential since it is basically practised at the grass-roots level”.

Mr Debrah said this when he paid his maiden visit to the Kpone-Katamanso District Assembly.

The visit coincided with the second ordinary general assembly meeting of the first session of the assembly.

He urged people in local governance to "stand firm and take decisions that would have long term benefits for the people".

The District Chief Executive of the assembly  Alhaji Eesa Antiaye, urged staff of the assembly to "work hard and improve upon the lives of citizens within our jurisdiction".

"Let us continue to forge and foster unity in moving and shaping the district for the benefit of all," he said.