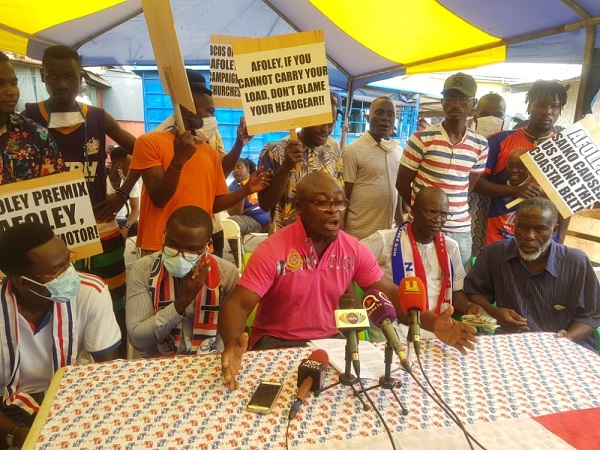 They claim the MP, after losing the 2020 Parliamentary election, has held a press conference and blamed her defeat on Mr Atta Gyimah who she said urged her constituents to vote "skirt and blouse".

Addressing a counter-press conference at the party's constituency office at Nungua, leader of the group, Mr Collins Afrifa said the claims and accusations are unfounded and without basis, adding that the MP caused her own defeat.

Mr Afrifa said the MP failed to work with party executives and sympathizers in the run-up to the elections despite interventions from some party hierarchy, including Mrs Rebecca Akufo-Addo, Madam Naa Torshie Addo and a host of others.

He described the MP's call for the dismissal of Mr Gyimah as unwarranted and mischievous.

He said Mr Gyimah's removal can only be done when he violates the party's constitution and dared the MP to provide evidence of such violations if there be any.

Mr Afrifa said, the constituency chairman did his best to reach out to the rank and file of the party, but the MP's behaviour caused her to lose the Krowor seat.

He further indicated that the group would no longer tolerate any more attacks on the person and integrity of Mr Gyimah, and served notice that any form of attack would be responded to.

"We are serving a caution that henceforth, any form of attack will not go unattended," he said.

The group also appealed to the President not to give her any other portfolio as that will gravely affect the fortunes of the party in future.

Krowor is one of the Constituencies in the Greater Accra Region where the NPP lost the Parliamentary seat to the NDC in the just ended general elections. The incumbent Member of Parliament, who doubles as the Minister of Fisheries, Madam Elizabeth Afoley Quaye, lost to her main opponent, NDC Contender, Mrs Agnes Naa Momo Lartey, by a little over eight-thousand votes.