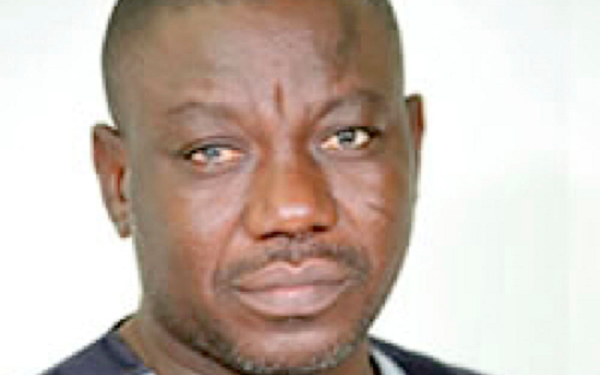 The Member of Parliament for Bolga Central, Mr Isaac Adongo, has expressed dissatisfaction at the apparent silence of President Nana Addo Dankwa Akufo-Addo on the Pwalugu Multipurpose Dam since his assumption of office in January, this year.

He has also challenged the president to make due his campaign promise of revamping agriculture by implementing the SADA Agriculture Master Plan, which promises to unlock some $1.3 billion in investments.

“Under the SADA Master Plan, World Bank through IDA, was scheduled to finance the projects by investing an amount of $1.3billion over the next four years,” the MP said in a statement to welcome President Akufo-Addo to the Upper East Region as part of his tour of the Northern part of the country this week.

“The World Bank/IDA window includes an initial commitment to fund the Pwalugu Multi-Purpose Dam, one that will irrigate 100,000 hectares of land and provide 99MW of Hydro Electric Power to boost industrial production in the region,” he said.

He disclosed that the “World Bank had actually scheduled a donor conference in November 2017 with the support of USAID and EU to raise some $600million for the irrigation project, hydropower project and the resettlement of the people to be displaced by the project. This is just by way of information that, the NDC Government under H.E John Dramani Mahama believed in working, not talking, which evidence is available for your inspection during this tour,” he said in the statement.

With feasibilities studies almost completed and a funding amount readily available from the World Bank and other donor partners, Mr Adongo said it was disheartening that the president was yet to take action on the Pwalugu Multipurpose Dam project despite its enormous impact on the lives of the people and the fortunes of surrounding communities.

“We are deeply worried about the president’s silence in relation to the Pwalugu Multipurpose Dam.”

“Perhaps, the His Excellency the president has not been sufficiently briefed about the importance of this project. We take this opportunity to highlight on it, lest the funds get diverted by government into other unplanned areas,” he stated.

He explained that the dam holds the key to the commercial viability of the Pwalugu Tomato Factory, the industrial development of the Bolgatanga and Walewale areas and the transformation of their agriculture sectors, as highlighted by the SADA agriculture master plan.

“The Project is critical for the management of the periodic flooding of the White and Red Voltas, by harnessing and channeling same by gravity into an irrigation project for over 20,000 hectors. The same dam will also provide up to 20 megawatts of electricity.”

“If we are talking about one-district one factory and the creation of jobs, this is the one project that must be prioritised for its unique features and linkages as it comes with a cheap hydropower project,” he added.