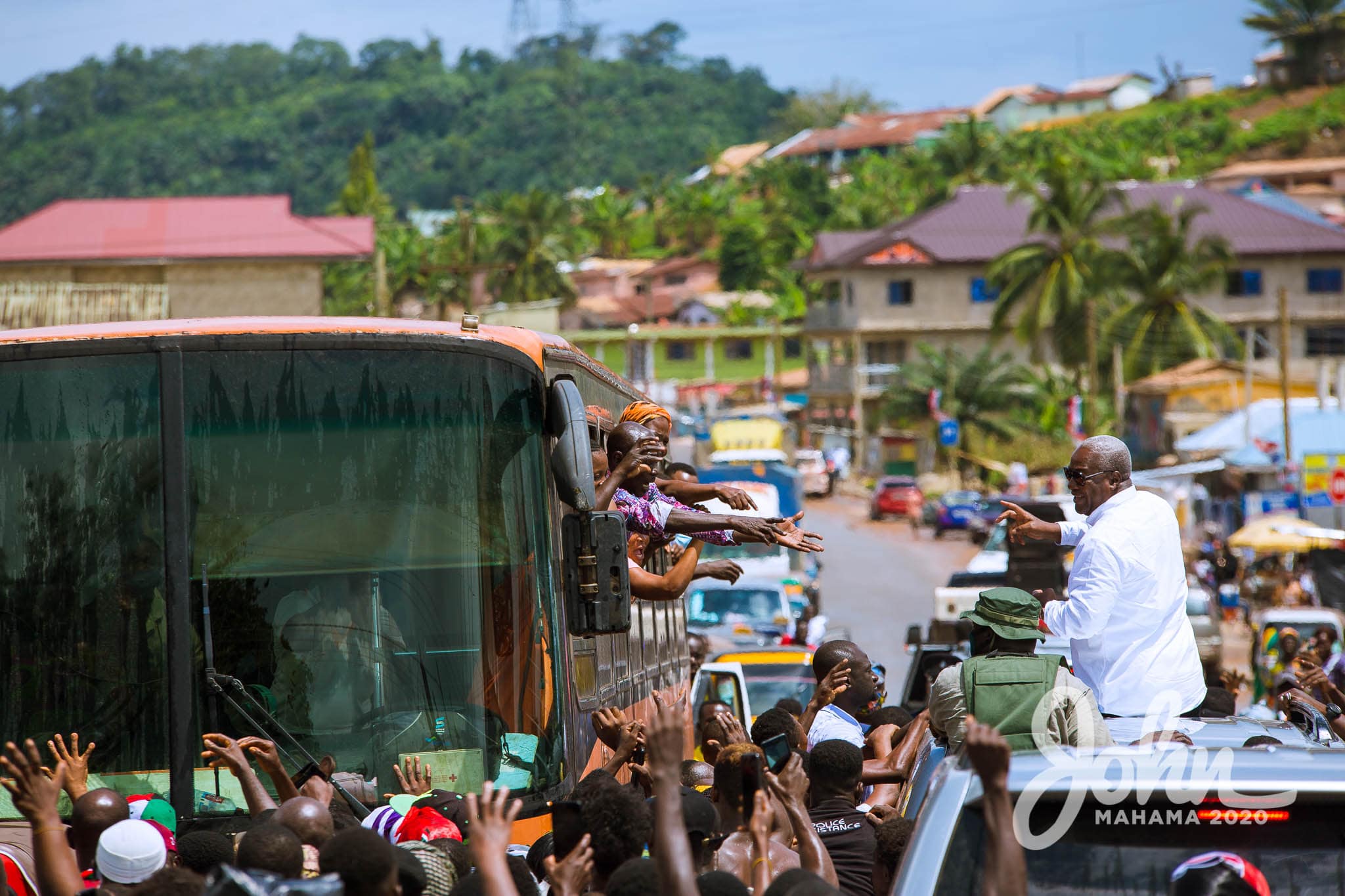 Former President John Mahama says he will grant amnesty to all small scale miners popular referred to as galamsey operators who have been imprisoned under the President Addo-Addo-led government if he wins the December 7 presidential election.

Speaking at Odum Banso in the Mpohor Constituency in the Western Region on Thursday, October 22, 2020, former President expressed concerns about why a Chinese galamsey queen was freed but Ghanaians imprisoned for the same mining offence.

He told the chiefs and people that: “It’s sad. The government said it was fighting galamsey and they arrested, prosecuted, and jailed Ghanaians who were engaged in that activity but left the Chinese woman.

“Today, they are still in prison. That Chinese galamsey-queen was arrested but left to go free. She was never prosecuted but our people are in jail suffering.

“When we come, we shall grant all those arrested and jailed some amnesty. They will come back to their homes and work. I believe that they have suffered enough, shown remorse for whatever wrong they committed. We have instituted measures to check the operations of small scale mining…”