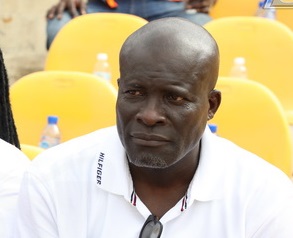 Former Member of Parliament for Tema East, Daniel Nii Kwartei Titus Glover says he already has a strategy for winning Election 2024 for the New Patriotic Party (NPP) but he cannot work under the new National Organiser, Henry Nana Boakye.

He contested the National Organiser position of the party at Saturday’s conference and lost to Henry Nana Boakye.

Reacting to the defeat, he expressed appreciation to NPP members for the support but said he cannot work under the winner, Nana Boakye, even though he claim to have his Election 2024 strategy for the NPP already at hand.

Asked if he will respond if Nana Boakye should invite him to work with him, he said no, he cannot work under Nana Boakye.

“I can’t work under Nana B, sorry, I cannot,” he said in a radio interview with Accra based Oman FM, monitored by Graphic Online on Monday morning [July 18, 2022]. Listen to attached audio below

“Winning 13 out of 16 regions [in the July 16, 2022 National Organiser Election], it tells you Titus Glover is a force in the party and nobody should underrate me,” he added.

The former MP said funding for his campaign was a problem, it was a “handicap” for me, he said.

“Resources was a challenge, seriously, but regardless of that the results showed on the grounds that Titus Glover is a force, he added.

Nonetheless, he said the delegates have decided and that ought to be respected.

Titus Glover served as Deputy Minister of Transport from 2017 to 2021 and also a two time Member of Parliament for Tema East.

He has served as an assembly member before, and still a member of the communications team of the NPP.

He said how he relates to party members and people he comes into contact with were some of his strengths in politics.