I did not use government's projects to project myself – Abayage 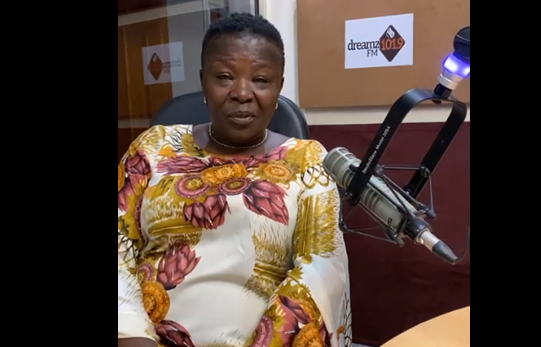 The Upper East Regional Minister Paulina Patience Abayage has debunked claims that she used government's projects in the region to project herself during her campaign as a parliamentary candidate for the New Patriotic Party (NPP) in the Navrongo Central constituency.

She said all the projects she undertook in her constituency before and during her campaign were not government projects and that they were her personal initiatives.

She explained for instance that although she drilled 35 boreholes in the constituency, she started long before she picked nomination forms to even contest as a candidate in the party’s primaries.

She pointed out that all the 35 boreholes she drilled in the region were her personal initiatives and not government projects.

Madam Abayage who was speaking on Bolgatanga based Dreamz FM on Monday morning, January 11, 2021, said she embarked on her own projects such as the drilling of boreholes and construction of sheds not to use them to woo voters but to provide for her people what they needed.

She added that even after losing the parliamentary election in the 2020 general elections to the National Democractic Congress’ (NDC) Sampson Tangombu Chiragia, a.k.a., ‘STC’, she has not stopped redeeming the pledges she made to some communities during her campaign.

She has, therefore, expressed worry that some people had wrongly accused her of using money to influence voters in the area.

According to her, she is a giver and that those who knew her very well are aware of that, saying "Naturally I am a giver; those who know me know it."

Madama Abayage explained that undertaking projects in her constituency does not amount to dolling out monies to people or bribery.

For her, she will continue to work to improve the lots of the people of Navrongo and Upper East Region as a whole "because they deserve it."

On the performance of NPP in the region, Madam Abayage expressed worry that in spite of the massive projects that the Akufo-Addo-led government had done in the region, the projects did not translate into votes in the 2020 general elections.

For her, she expected more votes in the region because the current government has performed better than previous governments.

Notwithstanding the NPP’s poor performance in the region, she said, the region will continue to get her fair share of the national cake.

Madam Abayage also cautioned party members and executives to refrain from blame games on who caused the party’s poor performance in the region and the country as a whole because such activities could destroy the party.

The Upper East Regional Minister booted out the Minister of Aviation, Mr Joseph Kofi Adda in the Navrongo Central constituency primary of the NPP.

She polled 307 votes as against Mr Adda's 266 votes. There were six rejected ballots in that contest.