I am focused on providing development - Birim North DCE 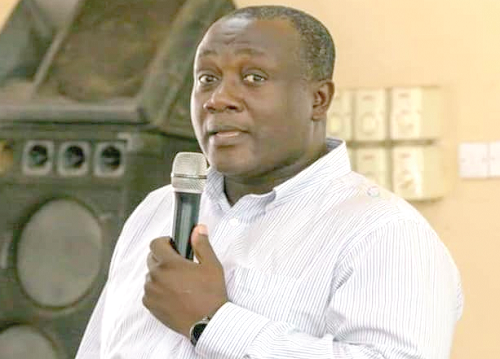 The District Chief Executive for Birim North, Mr Raymond Nana Damptey, has stated that he is focused on providing development projects to his people.

He said by dint of hard work, the district was adjudged the second best in the country in terms of Internally Generated Funds (IGF) by the Ministry of Local Government and Rural Development in 2019.

“In the area of security, under my watch, we constructed a police station each at Akim Ntronang and Nkwarteng and a police post at Noyem,” he stated.

“Town roads in communities such as New and Old Abirem, Afosu, Adausena, Ntronang and Mamanso have been tarred with a number of feeder roads also rehabilitated to ensure easy accessibility,” Mr Damptey said in an interview with the Ghana News Agency on some of his achievements in the district.

He said the assembly also constructed a new administrative block for the New Abirem Government Hospital, a wall around the whole hospital and put a wire mesh on it to ensure security.

According to him, 64 boreholes were drilled to provide clean water across the length and breadth of the district in addition to the construction of a lot of classroom blocks and rehabilitation of CHPS compounds.

He said he had over the years enjoyed the partnership of chiefs and other opinion leaders, a situation that enabled him to provide the development projects and called for unity among all stakeholders to achieve more.

On his alleged misunderstanding with the chief of the area, Mr Damptey expressed sadness about a news item that described him as being disrespectful to traditional authorities in the area.

The DCE said as part of efforts to generate income internally, the assembly met stakeholders regularly to go through a” Fee Fixing” exercise during which time existing taxes were reviewed.

“Thereafter the reviewed taxes are submitted to the General Assembly for debate and gazetted to become a legal document,” he said.

He said letters were subsequently sent out by the assembly to the relevant stakeholders, which included representatives of banks, market queens, mining companies, shop owners, fuel pumping stations, drivers’ unions and other groups. — GNA