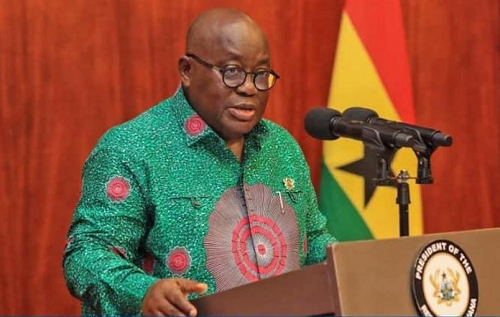 The Food Sovereignty Platform has appealed to President Nana Addo Dankwa Akufo-Addo not to assent to the Plant Variety Protection Bill in the interest of Ghanaian farmers and the agricultural sector.

The platform said assenting to the bill — previously referred to as the Plant Breeders Bill, 2020 — would amount to being hostile to hardworking farmers as it would not allow farmers to sell and exchange seeds from “so-called protected varieties”.

“It is heavily tilted in favour of commercial breeders and also undermines farmers’ rights,” the platform pointed out.

Addressing a news conference in Bolgatanga last Thursday, the President of the Peasant Farmers Association of Ghana (PFAG), Mr Abdul-Rahman Mohammed, on behalf of the platform, called for further “open and transparent engagement with all stakeholders" on the matter.

The platform is made up of the PFAG, the Centre for Indigenous Knowledge and Organisation Development (CIKOD), Food Sovereignty Ghana (FSG), Vegetarians Association of Ghana (VAG), Rastafarian Council of Ghana, and the Ghana Muslim Mission.

The other members are the General Agricultural Workers Union (GAWU), Ghana Agroecology Movement (GAM) and the Ghana Trade and Livelihood Coalition.

“Our disappointment stems from the long history of our objection to the provisions of the Plant Breeders Bill way back in 2013,” Mr Mohammed said.

On Tuesday, November 11, 2014, the then Speaker of Parliament, Mr Edward Doe Adjaho, brought the process to a halt, and called for further consultations with all stakeholders before proceeding.

That, according to the PFAG President, was to enable the promoters of the bill to engage in wider consultations with stakeholders to ensure that the provisions of the bill were reflective of the collective goals of the populace, and was not inimical to farmers and food security in Ghana.

Mr Mohammed observed that there had not been further consultations since that day.

“It has, therefore, been our expectation that under the seventh Parliament, the Cabinet of President Akufo-Addo would encourage such consultations before presenting the Bill to Parliament,” he said.

Unfortunately, he said, the process was bedevilled with lack of transparency, entrenched positions, secrecy and a display of bad faith on the part of relevant bodies assigned to conduct a “sensitisation exercise".

He said that resulted in the smuggling of the “unknown Bill" to Parliament for speedy passage on the blind side of key stakeholders.

The PFAG President pointed out that the bill undermined Ghana's sovereignty and weakened the agricultural sector through the ambiguous provision of Section 23.

“Ghana's biodiversity and food sovereignty would also be undermined by prioritising the production of seeds by plant breeders that may be financially profitable to the breeders.

“This does not mean that the varieties developed are suitable for the needs of Ghana and ensures food sovereignty,” Mr Mohammed stressed.

The platform further stated that while the bill did not favour Ghana's private seed breeders and a competitive industry, it also violated the Ghanaian value system and placed the rights of the plant breeder over and above the rights of farmers.

“We are, therefore, left to wonder whose interest this Bill was serving,” Mr Mohammed queried, arguing that the bill in its current form was promoted biopiracy of Ghana's genetic resources and infringed on the Nagoya Protocol on Access and Benefit-sharing, of which Ghana was a signatory by ratification.

The platform suggested that Ghana should instead be working on getting “a sui generis farmers' rights and plant breeders Bill” that promoted and protected the rights of smallholder farmers in particular and farmers in general.

It said the country should avoid a bill that was “heavily skewed towards the protection of large corporations engaged in commercial breeding which undermined farmers' rights”.