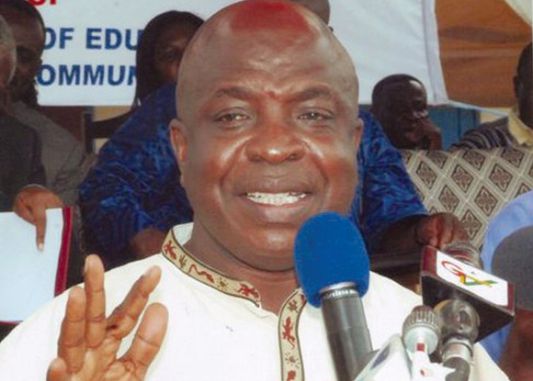 Representatives of the six presidential aspirants of the opposition National Democratic Congress (NDC) have served a warning to the top brass of the party of an imminent “chaotic” and “controversial” election that might lead to disruptions in the electoral calendar of the party.

According to the representatives of the six, who are part of a joint technical committee, despite a series of engagements and repeated assurances of good faith from the leadership of the party, much was not being achieved with regard to making sufficient progress towards a free and fair poll.

A letter signed by three representatives of the six aspirants, Dr Yaw Akoto, Abdul-Nasser Alidu and Victor Kwadjoga Adawudu, dated February 5, 2019 and copied to the Chairman of the Elections Committee of the NDC, Mr Kofi Attoh, said “issues are not being adequately discussed and conclusions documented. Electoral processes are not following logical progression.”

The letter was equally copied to the General Secretary of the party, Mr Johnson Asiedu Nketia; the Chairman, Mr Samuel Ofosu-Ampofo, as well as the Chairman of the Council of Elders of the party, former President Jerry John Rawlings.

Making their stance clearer, the representatives of the six aspirants maintained that “obviously, as we get closer to the scheduled polling date, it becomes harder to resolve issues and this suggests that we are either heading to a chaotic election, the results of which will be controversial, or to further disruptions in the electoral calendar.”

The letter, therefore, drew the attention of the party hierarchy to three specific issues that ought to be addressed latest by last Saturday, February 9, 2019, if the integrity of the agreed election calendar was to be protected.
Three issues raised

Those three issues, which formed the grounds of an appeal made previously made by the six, were an inadequate electoral roll, electoral guidelines and matters regarding the printing of ballots.

They contended that the electoral roll provided them on January 23, 2019 was wholly inadequate and that at a January 30, 2019 meeting, it was agreed that a joint technical team would be established to review the aspirants’ critiques of the electoral roll but till now nothing has been done about it.

They also drew the attention of Mr Attoh to the inadequacy of the guidelines under which the polls were to be held and requested that they would be developed and properly documented.

They also posited that the printing of ballot papers could not take place in the absence of a credible voters roll.

The representatives maintained that while not seeking to dictate the elections committee’s processes, “we must respectfully insist that we have acceptable and comprehensive operational guidelines in place by February 9, 2019. We cannot proceed without these any further.”