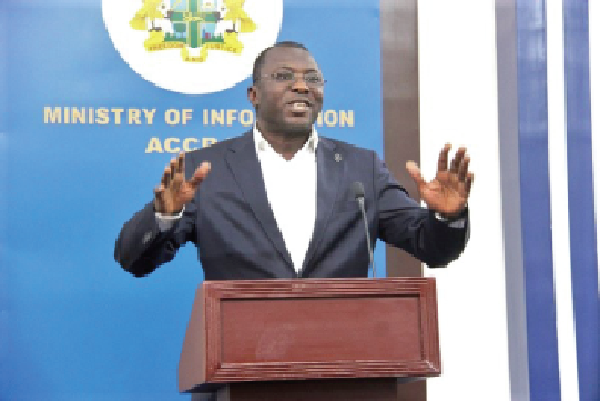 The New Patriotic Party (NPP) Member of Parliament for Karaga, Dr Mohammed Amin Adam, has described the 2022 Budget Statement and Economic Policy as an ambitious and a credible policy by the government to address the country’s debt challenges head-on and return the economy to the path of growth.

The budget, he said, contained credible policies meant to reduce the pace of debt accumulation, narrow the fiscal deficit and boost revenue generations.

Dr Adam, who was speaking to the Daily Graphic from Karaga, further assured the investor community that practical steps were underway to achieve the targets in the budget that were presented to Parliament last Wednesday.

Consequently, he said concerns by the Minority National Democratic Congress (NDC) in Parliament that the government had lost control of the debt situation were misplaced.

He said although the debt stock was impacted by issues beyond the control of the government, the government had rolled out policies to contain the growth to help restore fiscal credibility and boost growth.

He said that was in line with the government’s determination to control debt accumulation and manage the associated cost and risks to the economy.

The Minister of Finance, Mr Ken Ofori-Atta, said the debt ended September at GH¢341.8 billion, equivalent to 77.8 per cent of GDP.

In 2022, Mr Ofori-Atta said the government hoped to reduce the deficit to 7.4 per cent of GDP and also register the first post-COVID-19 primary surplus of 0.1 per cent of GDP.

Dr Adam noted that the debt stock was impacted negatively by the financial sector turmoil that led to the use of GH¢21.5 billion from the public purse to protect depositor funds.

“Similarly, the energy sector liabilities crystallised with a liability of almost $1 billion per annum.

The securitised amount on the debt stock alone is about GH¢12.9 billion.”

“We had to put in place an energy sector stability plan, which includes an additional US$1 billion of the 2020 Eurobond to refinance this and renegotiate some of the independent power producers (IPPs) to bring sanity to the sector.

“Also, due to the effects of COVID-19, the size of the economy did not grow, as growth was just about 0.9 per cent.

“The primary balance is an important indicator of debt accumulation.

It is defined as government revenue less non-interest spending and measures the domestic fiscal effort of the government.

He explained that the projection showed that the revenue measures provided by the budget would generate more resources, while expenditure would be controlled.