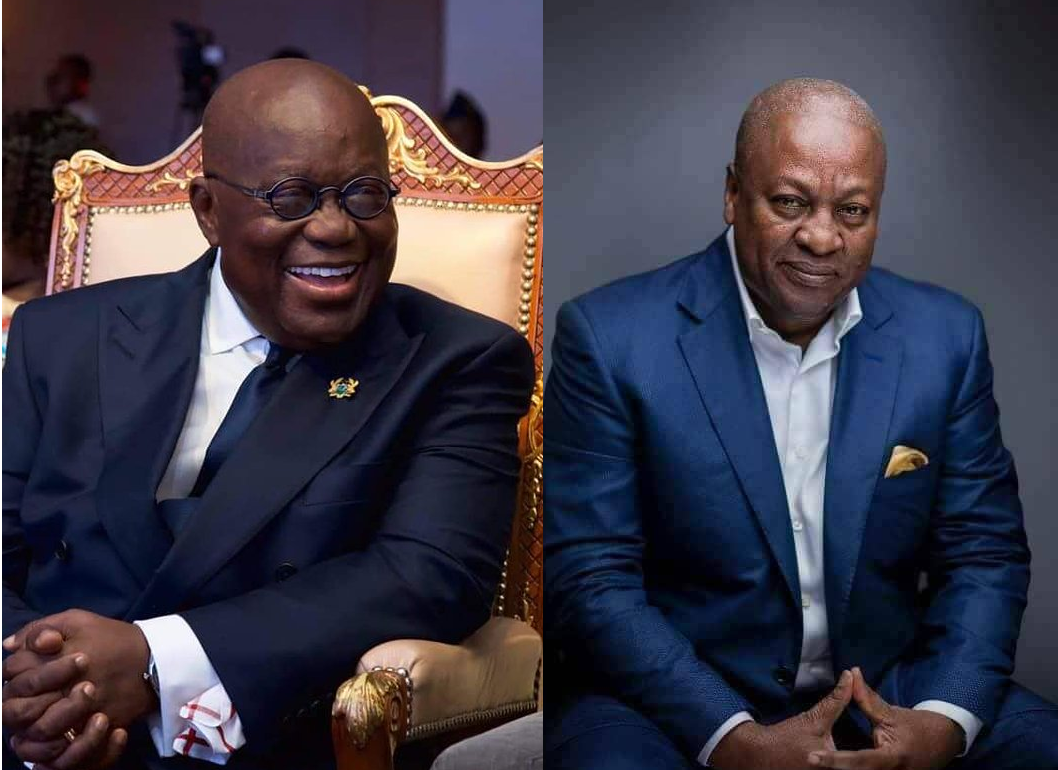 Before the Savannah and the North East regions were carved out of the Northern Region in 2019, that region was considered a stronghold of the opposition National Democratic Congress (NDC).

But, going by the figures that came out of the 2016 elections, the governing New Patriotic Party (NPP) made significant inroads in the region by increasing its parliamentary seats from eight in the 2012 elections to 13 in 2016, with the NDC holding on to 18 seats.

The NPP was also able to increase its presidential votes in the 2016 general election by over 70,000, which contributed immensely to its victory in those elections.

With the creation of the Savannah and the North East regions, constituencies in the Northern Region have now been reduced from 31 to 18, with Savannah taking seven and North East six.

With the current development, the two dominant parties in the region share the 18 constituencies equally — nine for the NPP and nine for the NDC.

Ahead of the December 7 elections, both the NDC and the NPP have targeted to win all the 18 seats in the region and also secure majority of the votes in the presidential election to help them win the national election.

With that in mind, and with barely two weeks to go for the general election, the two parties have intensified their campaigns, each crossing the other’s path in their bid to win the region, perceived as the stronghold of the NDC.

According to political watchers in the region, one issue that would inure to the benefit of the governing NPP is the successful resolution of the Dagbon chieftaincy crisis, which has led to the restoration of peace and unity in the region.

With the Dagbon protracted chieftaincy dispute no longer an issue, political watchers believe the campaign of the two parties will centre on their achievements in office and not on the chieftaincy divide.

The President, Nana Addo Dankwa Akufo-Addo, and the Vice-President, Dr. Mahamudu Bawumia, have campaigned around the ability of the NPP government to resolve the Dagbon chieftaincy crisis that had lingered on for almost 17 years but was brought to an end in 2019, leading to peace and unity in the area.

That, the NPP contends, warrants a renewal of its mandate in the 2020 general election to consolidate the gains made in the area.

The successful implementation of the free senior high school (SHS) policy and the other flagship programmes, such as Planting for Food and Jobs (PFJ) and Planting for Export and Rural Development (PERD), coupled with massive investments in the provision of water systems and road infrastructure, especially the construction of the first-ever interchange in northern Ghana in Tamale, the regional capital, and the recruitment of the youth into the Nation Builders Corps (NABCO), will be enough testimony for the people of the region to vote to retain the NPP in power.

Former President John Dramani Mahama, the NDC presidential candidate, and his running mate, Prof. Naana Jane Opoku-Agyemang, during their tours of the region, campaigned around the party’s manifesto dubbed: “The People’s Manifesto”, which promises to create one million jobs for the youth across the country, free primary healthcare, free Technical and Vocational Education and Training (TVET), free tertiary education for persons with disabilities (PWDs), among others, to woo the people of the region to vote for the NDC.

The NDC is also credited with the construction of trunk roads in the region and inner city roads in Tamale and other parts of the Northern Region, the rehabilitation and expansion of the Tamale Teaching Hospital, the expansion of the Tamale Airport into an international airport, the construction of E-blocks, rural electrification and making motorbikes and tricycles, the primary means of transport for the people in the region, common.

Gauging from the mood of the people in the region, this year’s elections is difficult to predict, as it is being hotly contested by the two parties, both of which filed to contest all the 18 constituency seats in the region.

A trend analysis of election results in the region indicates that since 1992, the NPP has gradually been attaining improved percentages in almost all the elections, even though the NDC has won all the presidential elections in the region.

In the 2012 and 2016 elections, in which both Nana Akufo-Addo and Mr. Mahama contested, the NPP had a percentage increase in votes, while the NDC’s percentage decreased.

With the same candidates contesting the 2020 elections, it is expected that the NDC can still hold on to the presidential votes, while the NPP will certainly improve on the results it obtained in the region in the previous elections.

The Northern Regional Directorate of the Electoral Commission (EC), led by the Director, Mr. Lucas Yiryel, said the commission was ready to conduct transparent, free and fair elections in the region.

To achieve that objective, he said, it had begun the training of all election officials who would be deployed on polling day, comprising presiding officers, verification officers, name reference list officers, ballot issuers and COVID-19 ambassadors, at the various polling stations.

He said district election officers, returning officers and their deputies had also been trained, adding that 13,200 electoral officials would be deployed to the 2,200 polling stations across the region on Election Day.

Mr. Yiryel said the regional directorate had also taken delivery of electoral materials in the region, including biometric verification devices (BVDs) and the voters register.

With politicians having laced their political boots and marshalled their political arsenal in readiness to capture the region, it will all come down to the thumbs of the electorate to decide who emerges victorious, not only in the presidential poll but also the party that wins more parliamentary seats.