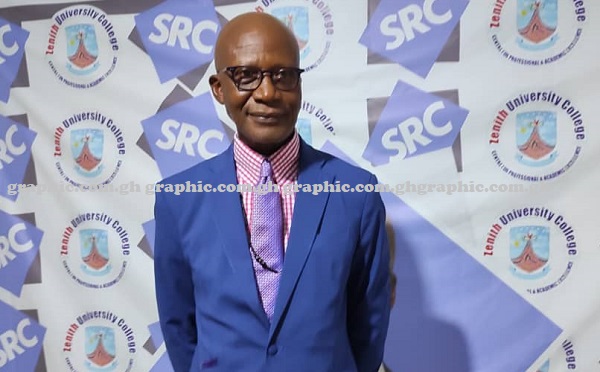 A former independent presidential candidate in the 2008 elections, Mr Kwesi Amoafo-Yeboah has urged Ghanaian business owners to get involved in politics if they want to leave a developed nation for the next generation.

According to him, every Ghanaian must get involved in the effort to safeguard national resources and develop the nation.

"Everybody must get involved, it's your country and you need to leave something good for the next generation,” he stated.

Speaking to the Daily Graphic on the sidelines of a Business Entrepreneurship Seminar held last Tuesday, in Accra for students of the Zenith University College, Mr Amoafo-Yeboah urged Ghanaian businessmen and women to change their attitudes towards politics.

The seminar was organised by the Students Representative Council (SRC) of the Zenith University College in response to a recent call by the Minister of Finance, Mr Ken Ofori-Atta urging students to get involved in entrepreneurship.

Mr Amoafo-Yeboah urged the government to solicit ideas and build consensus over the introduction of the Electronic Transactions Levy (E-Levy) outlined in the 2022 budget statement.

Although he did not have a prescription for the impasse in Parliament over the E-Levy, he expressed concern about the impact of the levy on businesses and the effort to digitalise the economy.

In an address at the seminar, Mr Amoafo-Yeboah revealed how his first business as a car dealer failed because he followed the trend and how he found his first major success in the car rental industry in Los Angeles.

Mr Amoafo-Yeboah also disclosed that the bulk of his initial wealth that enabled him to venture into other enterprises came from the money-transfer business.

The SRC President of the Zenith University College, Mr Gabriel Nadab Johnson, said the seminar was to provide students with the opportunity to engage successful entrepreneurs.

He was also optimistic that 2022 would be a good year for entrepreneurship with the government's intention to roll out a GH¢10-billion package over three years as support for start-up businesses and youth entrepreneurship ventures in the country.