Profile: Who is Frederick Opare-Ansah? 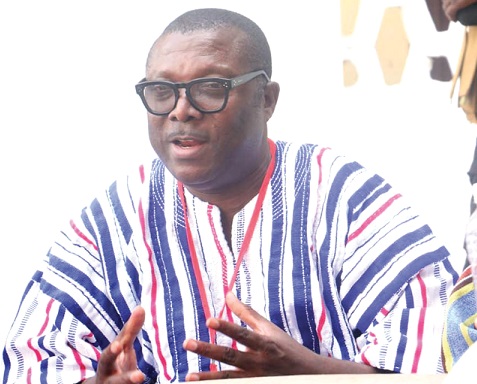 Frederick Opare-Ansah comes to the table with experience, competence and credibility. A staunch member of the New Patriotic Party (NPP), he is one of the contenders for the position of General Secretary as the party goes to the polls from July 15 to 17, 2022 to elect national executive officers.

He is determined to salvage the NPP from what he calls ”structural collapse”.

“The party is on the brink of structural collapse. Our party structures are weak, party is poorly funded, and many of our foot soldiers are disillusioned. Without a competent hand to rebuild the structures, the party will not have the structures and motivation to contest and win 2024 elections and beyond,” he told the Daily Graphic in an interview.

As of now, he said, the party did not even have an up-to-date database of its members, which he intended to update on a continuous basis to ensure that the party had the actual membership to help in planning.

Sharing his vision for the party if elected, Mr Opare-Ansah, a former four-time Member of Parliament for Suhum, said inclusivity was his trump card to the party.

“I would allow the structures of the party to work to the fullest extent, thereby unleashing the creative abilities, innovativeness and skill set of all party members.

“Under my leadership, there would neither be Alan camp or Akufo-Addo camp. We shall be one as members of the NPP. Where we disagree with each other, I would be the peacemaker and bring peaceful resolution to the issues,” he said.

Mr Opare-Ansah, who served as a former Deputy Minister of Communications under the Kufuor administration, said the enthusiasm for his candidature was high.

“I take the assurances of delegates seriously with great humility. I am working hard to prove to them that I am the best hope for the party come 2024.

He said the NPP was the best hope for the country.

“Our track record makes us the best. In my view, 2025 will be a new year to the party. The government will be more youthful, pragmatic and close to party manifesto,” he stated.

A Methodist, Mr Opare-Ansah, whose past time is playing board games, said having been in public service for several years, he saw his desire to be the general secretary as a call to duty to help drive the NPP further towards achieving its vision to remain in the service of the nation as the ruling party.

“It is a call to take the NPP back to the electorate to seek the support of Ghanaians to give us the opportunity to consolidate the unprecedented developmental policies that the Nana Addo Dankwa Akufo-Addo-led government has initiated,” he said.

Mr Opare-Ansah, a product of the Kwame Nkrumah University of Science and Technology (KNUST), said he was offering himself for the position because the current and future challenges ahead of the party required a different kind of leadership, mentality and approach, given the dynamics of contemporary intra party and external political environment.

“I stand for quality political leadership and the use of political democratic processes in the selection of such leaders.

“I believe the NPP as a party and each of us as individual members have a duty to project politics and democratisation as the process of choice for Ghana to select its leaders,” he said.

Mr Opare-Ansah, whose favourite food is ampesi, urged Ghanaians to have confidence that the political democratic process had a self-correcting mechanism which always yielded to the will of the people.

While in Parliament, he served on several committees including the Finance and Business Committees of Parliament, and the Chairman of the Select Committee on Communications in the seventh Parliament.

Additionally, he was a member of Ghana’s delegation to the ECOWAS Parliament, Abuja from August 2011 to February 2020.

In Parliament, he was a consensus builder and was respected by both sides of the divide.