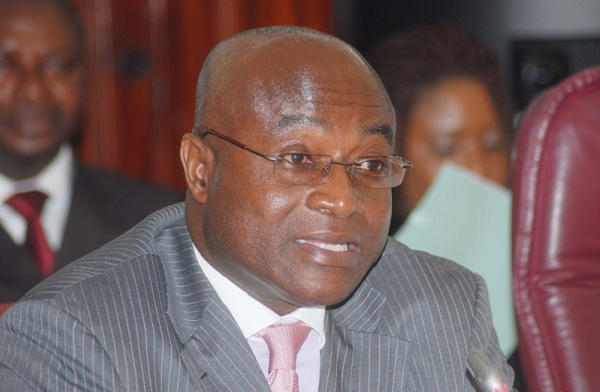 The swearing-in ceremony of President Nana Addo Dankwa Akufo-Addo on January 7, 2021, will take place under a tent that has been mounted on the precincts of Parliament House, the Minister of Parliamentary Affairs has told Parliament.

Mr Osei Kyei-Mensah-Bonsu said a new facility- a white tent—had been mounted to allow for strict adherence to COVID-19 safety protocols, such as social distancing.

He also said for the large number of Heads of State and dignitaries who had been invited to attend the swearing-in ceremony, using the Chamber would not be suitable.

“Certainly, seating in the Chamber cannot accommodate that,” he said when he presented the business statement on the floor of Parliament yesterday.

The President’s swearing-in is expected to attract a large number of leaders from West Africa, among other world leaders.

Over 15 African Heads of State attended the January 7, 2017 ceremony, including President Alassane Ouattara of Cote d’Ivoire, who was also the Special Guest of Honour.

The Majority Leader noted that even with the election of the Speaker and the swearing-in of the Members of Parliament, the original idea in applying COVID-19 protocols involved about 75 members of the House sitting upstairs (Public Gallery).

“We have now had a way of dealing with this. We have to struggle to accommodate the 275 members in the main Chamber and we will allow for few very important persons to be upstairs.

“So it is the reason we agreed the last time before we adjourned that a new facility will be created, which is what we are seeing down there,” he said.

The minister indicated that the election of the Speaker and the two Deputy Speakers, as well as the swearing-in of the MPs-elect, would take place in the Chamber.

He said soon after that, the members of the House would be allowed to go and take some rest and return for the swearing-in of the President.