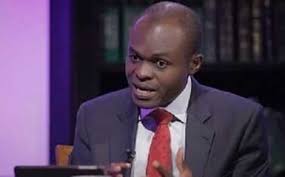 He said he has carefully studied the law and it was simply clear that the process can be halted unlike separate arguments indicating that the President has no power to halt the process which is already in motion and that it has gone beyond the executive.

Mr Kpebu was speaking in a radio interview with Accra based Citi FM on Wednesday evening [November 27] to express his disagreement with the position of the Minority Leader, Mr Haruna Iddrisu and constitutional lawyer John Ndebugri who had earlier in separate radio interviews argued that President Akufo-Addo cannot halt the process.

Mr Kpebu said: "Usually the government has power to withdraw every Bill [the document it presents to Parliament in order to pass a law or to amend an existing law].

"So once we all agree that government has power to withdraw, and it is in the Standing Orders of Parliament and all that, so once government has power to withdraw any Bill that it sends to Parliament, it follows that the Bill that was sent to Parliament in order to amend Article 55 (3) can be amended. Before you get to the referendum stage, the law is that, you present a Bill to Parliament that you want to amend the constitution [in addition to other Cabinet memos among other things]... This Bill to amend Article 55(3) which is to say that you now want to make it possible for political parties to participate in the district assembly elections on political lines, was presented to Parliament."

Article 290 (5) states that where the Bill is approved at the referendum, Parliament shall pass it.

Mr Kpebu, therefore, argued that the meaning is that, the 'YES' and 'NO' vote which was intended is meant to approve the Bill which is currently before Parliament, so if you withdraw the Bill, it means there is nothing more for us to go and vote at the referendum.

"Its simple, this one there is no way, we will go around it, that's why I said two questions, does the executive has power to withdraw Bills that are in Parliament, if so, then 'yaamutu'... but for the avoidance of doubt number two, the referendum itself is meant to approve the Bill, so if the Bill is withdrawn from Parliament, how can the referendum go on, its not possible," Mr Kpebu said.

This view of Mr Kpebu is however contrary to that of Messrs John Ndebugri a constitutional lawyer and Mr Haruna Iddrisu, the Minority Leader in Parliament.

But Mr Kpebu indicated that he has thought carefully about the matter and the bottom line is if upon reflection something was wrong he will quickly concede because nobody knows it all.