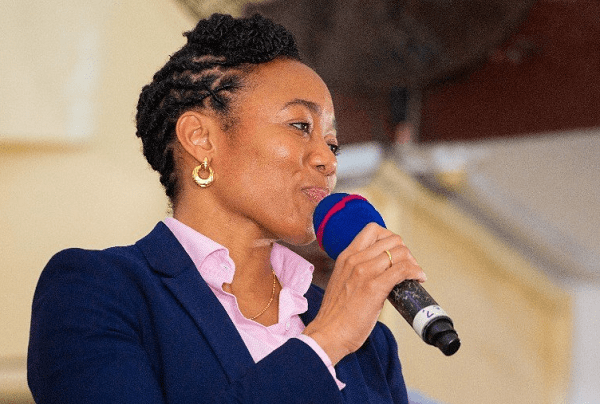 The National Democratic Congress (NDC) Member of Parliament (MP) for Klottey-Korley Constituency, Dr. Zanetor Agyeman-Rawlings, has called for a renewed fight against climate change in the country.

The legislator, who is passionate about climate and environmental issues, noted that the current model that existed when it came to government to government co-operation on climate-related matters placed too much emphasis on the role of the executive.

According to her, that model needed to change if the fight against climate change would be successful and equitable.

She therefore, called for a decentralised model for MPs to be at the forefront since they had direct relations with the citizens — their constituents.

The legislator was contributing to comments made by colleague MP for Nsawam/Adoagyiri Constituency, Frank Annoh-Dompreh, on issues of Climate change on the floor of Parliament last Thursday..


“Mr Speaker, the current model that exists of government to government co-operation on climate-related matters, which over-emphasises the role of the executive at the expense of members of parliament needs to be looked at again. This is because every member of parliament is a representative of a part of this country and of their constituents and we have direct contact with our constituents.”

She said further that the MPs had a very vested interest in ensuring that technology and the necessary resources towards mitigating the effects of climate change were made accessible to their constituents.

She hinted at the adoption of the Ugandan Climate Act where no budget of any ministry, governmental department or agency had approval without going through the specifics of its impact on climate change and how it was contributing to mitigating climate impact.

Dr Agyeman-Rawlings also made the point that the drive towards renewable energy and technology must not be one that was so expensive “that it becomes an abstract concept for the average person in our various countries and if we are really to have greater access given to our various constituents.”

Speaking further, Zanetor -Rawlings said Africa was responsible for only two per cent of the carbon and other harmful emissions and yet was disproportionately affected by the effects of climate change.

Based on that, she said , the support from the European Union (EU) and other more-industrialised nations given to African States was more than just an idea of profit for them but also, a moral responsibility for those who were contributing more towards the pollution of the planet to have a greater responsibility to ensure that they are supporting lesser industrialised nations.

As we look towards COP 27 (the 27th annual UN meeting on climate), it is my prayer that we will fight for this continent to ensure that we do not end at the bottom of the food chain yet again as we have been in the whole drive in fossil energy.”