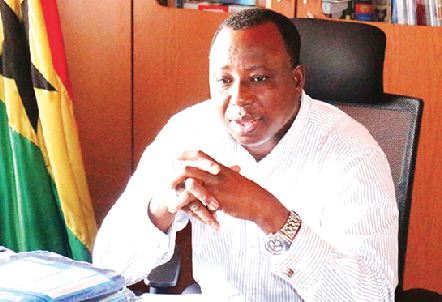 The Commission on Human Rights and Administrative Justice (CHRAJ) has called on Ghanaians to take keen interest in the constitutional provisions on their rights and stand up for them.

It tasked Ghanaians to religiously read the 1992 Constitution, sensitise other people to it, demand their rights and protect the rights of others.

“You have to know what is in the Constitution and don’t leave it at that. Educate your parents and peers who are not able to read and understand,” Mr. Daniel Amosah, the acting Central Regional Director of CHRAJ, said last Friday.

“Rights go with responsibilities so while we demand our rights, we must do well to respect the rights of other people,” he said.

Mr. Amosah said this in an interview with the Ghana News Agency (GNA) on the essence of the Constitution Day in Ghana's political history.

The day, first observed in 2019, has been designated as a public holiday to mark the promulgation of Ghana’s 1992 Constitution and the birth of the Fourth Republic.

More importantly, it seeks to remind citizens of their civic and collective commitment to a system of uninterrupted constitutional order.

Other attributes, he said, were freedom, justice, probity and accountability, respect for the rule of law, respect for fundamental human rights and freedoms and stability of the nation.

He appealed to Ghanaians to protect the peace, stability and integrity of the nation, adding that “this is the only country we have and everybody must work towards safeguarding the peace."

Mr. Amosah said disagreements often arose but that should not lead conflicts and unacceptable behaviour where emotions took the better part of people.

"Let’s safeguard the interests of our country and let our people know peace because civilian rule is better than military rule," he added.

Mr. Amosah said the commission, established in 1993 under the 1992 Constitution, was to promote and protect human rights and freedoms and would continue to work towards its core mandate.

He called for support for the National Commission for Civic Education to sensitise the people to contribute effectively towards accelerated national development.