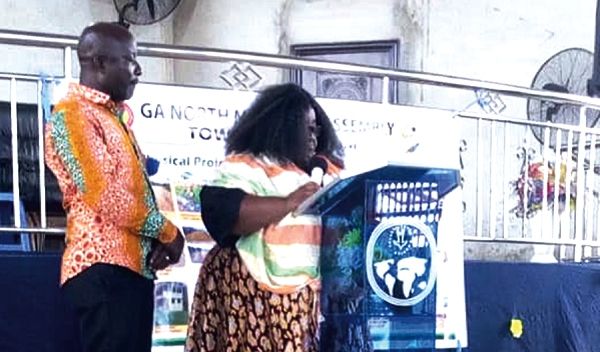 In less than a year, the Ga North Municipal Assembly (GNMA) has executed a number of development projects that have given the municipality a facelift since the establishment of the assembly.

At a town hall meeting at Pokuase last Monday, the Municipal Chief Executive (MCE) of GNMA, Ms Gertrude Ankrah, pointed to the rehabilitation of roads, the construction of drainages, culverts and footbridges as major projects the assembly had embarked on.

According to her, “the assembly knew clearly that even though it was inaugurated in the middle of 2018, it had a vision of constructing 25 physical projects and 80 non-physical projects. Out of these projects, the assembly was able to complete 13 and 65 respectively.”

Ms Ankrah encouraged the residents to support the assembly and have patience and trust that the assembly would ensure accelerated development in the municipality.

The MCE mentioned further development projects, including the reconstruction of roads, the provision of more street lights and the construction of gutters, as captured in the assembly’s 2019 budget.

At the meeting, the amount spent for each of the projects and the sources of funding were duly communicated to the residents for them to know how their taxes were being used for.

Meanwhile, the residents applauded the MCE and the assembly for the good works done despite the numerous challenges.

They asked that the assembly expedite action on other projects, especially the construction of roads for easy access.