Excessive powers of Presidents misconception of US system — Justice Brobbey 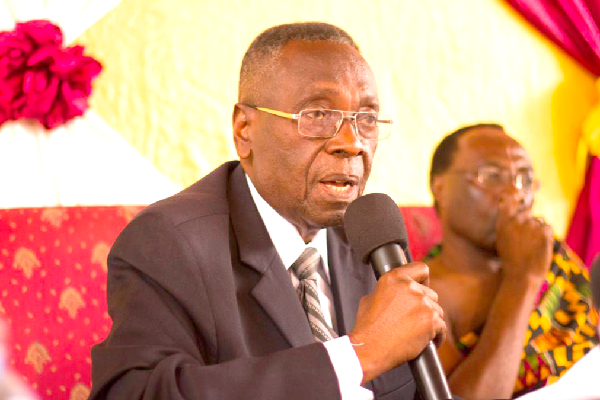 A former Justice of the Supreme Court, Justice Stephen Alan Brobbey, has stated that framers of the 1992 Constitution seemed to have given excessive powers to Presidents under the Constitution because it stemmed from an initial ‘misconception of the American governance system” and the traditional set up in the country.

Former Justice Brobbey who was the Chairman of the Legal and Drafting Committee of the Consultative Assembly (CA) that drew the Constitution explained that framers of the document thought that the American President was strong and commanded a lot of authority and respect, and that a similar system was needed to accelerate development in the country at that time.

He was responding to a question from a participant after his initial presentation on the topic “Local Government, Chieftaincy and the Constitution” at the Institute of Economic Affairs (IEA) Seminar series on Constitutional Review in Accra last Tuesday.

It was part of the IEA’s project on reviewing Ghana's 1992 Constitution to promote good governance and sustainable development in the country.

Former Justice Brobbey further observed that it also emanated from the conviction that the President must be given authority as pertained in the country’s traditional set up where the chief was considered as the most powerful and important person.

“Members of the assembly had good reasons for crafting the document to reflect the political situation and needs of the country at that time,” he said

Therefore, he indicated that if for any reason Ghanaians wanted any provision in the Constitution to be changed they could do that bearing in mind the exigencies of the times and what was good for posterity and good governance.

He justified a review of some aspects of the 1992 Constitution to reflect the current democratic and developmental needs of the country.

Former Justice Brobbey said the reforms could examine issues like the excessive powers of the President, capping of Supreme Court judges, Ministers of State, their deputies and presidential
staffers to save cost, clarity on what constituted public sector discretionary powers and conflict of interest, among others.

Others that could be considered for review, he noted, were the abolition of Regional Tribunals, which have been provided for in the Constitution but were inoperative and the election of Metropolitan, Municipal and District Chief Executives.

He also proposed for review the issue of powers given to Presidents under the Constitution to appoint majority of their ministers who are also parliamentarians, stressing that it was untenable.

Sharing his thoughts further on capping of Supreme Court Judges as some people have suggested, he explained that the same arguments people advanced for capping the number of judges should also apply to ministers, their deputies and presidential staffers in order to save cost.